Quiet Riot isn’t really Quiet Riot as there are absolutely ZERO original members in the band.  The closest thing they have is Frankie Banali who was in the band during their 80’s heyday. For starters, this is not a good thing.  Next, the album was supposed to be released back on April 21st with then lead singer Seann Nichols, however, Seann left the band (or fired) in March prior to its release.

So Quiet Riot needed a new lead singer.  They quickly added former American Idol alum, Jason Durbin to be the new singer.  They smartly decided to delay the album release and re-record it with their new lead singer.  All that is fine as James has released a couple good solo albums; however, his last one was a little subpar.  Despite that, I had a little bit of hope as I do like James Durbin.

Now here is something weird.  They went back in an actually re-wrote all the songs, but kept the same song titles probably because the artwork and design of the album was already done and Frontier Records didn’t want to spend anymore money.  My first question is how bad were the original songs that you had to completely re-write them. That definitely doesn’t bode well. 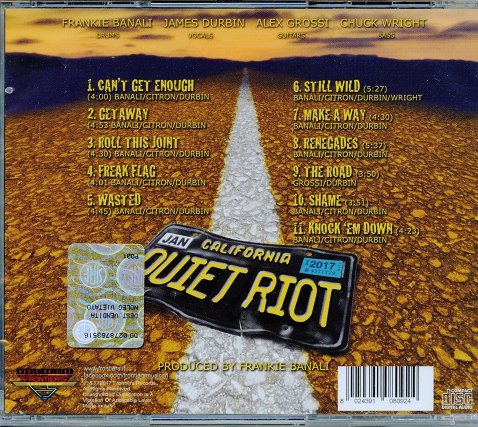 When the album came out on August 4th, I decided to give it a listen mainly because I was curious to hear the results of all the madness that had occurred since March.  And to my complete and utter surprise, I actually felt the album was one of the most spectacular train wrecks I have ever heard in my life.  That is right, it was completely and utterly awful.  To sum it up, it sucks!!

I hate to even write this about James Durbin, but the vocals are horrendous.  The vocals sound rushed, hollow, out of tune at times and I can’t describe how bad they are which is a shame because James can sing.  I don’t blame James, that is the producer and engineer’s fault.  The whole sound of the album sounds so cheap and under produced that the recording engineer, mixer and producers of the album should be fired…wait didn’t Frankie produce it??  Maybe that is why they weren’t fired. Sonically there is nothing cohesive about the album.  It sounds so disjointed and haphazardly thrown together without any thought or effort.

The songs….what can I say about the songs???  Not much, so I won’t do a song by song analysis as how many times do I need to say they are awful so you get the message.  If you think I thought Meatloaf’s album Braver Than We Are was bad, I would actually rate that one a little better now after hearing this.  The songs are not memorable.  No good guitar riffs, no good solos and no good lyrics or memorable choruses.  I was practically crying to make it through the album.  And to think, I tortured myself multiple times so I could make sure it wouldn’t get better with repeat listens.  BTW, it doesn’t!!

0 keepers out 11 songs – 0% (0 out 5 stars)  The only thing great about this album is the title of the album, ‘Road Rage’.  Why? Because that is what I felt while I was driving and listening to the album.  A complete waste of your time and money, please skip it.  Thank goodness I only streamed it and didn’t fork out any money.

As a bonus, I asked my dog Bear what he thought and he decided to give Mike Ladano’s #0WordChallenge a try.  I think I agree with his assessment… 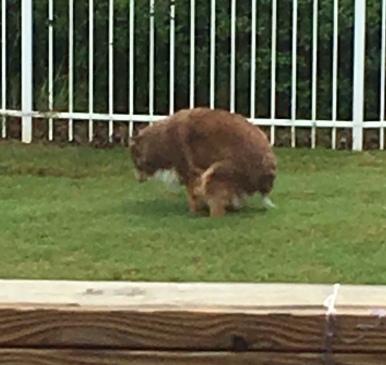