On my trip to Paris, I came across a plethora of Kiss Bootleg albums so I figured why not do a whole series on Kiss Bootlegs.  And BOOM!!! Here we are with the first in that series.  Why not start off with a tour I actually saw and that would be the 1985/1986 Aslyum Tour.

This vinyl I picked up is opening night on November 29th, 1985 at T.H. Barton Coliseum in Little Rock, AR.  I would see the show a month later on New Year’s Eve in Atlanta, GA at The Omni.

Before we get in to the music, let’s talk about the packaging of the album.  The set is a gatefold with 2 LPs and the gatefold has a bunch of shots of the band from the performance (or at least shots from some time during the tour.  The cover (at the top) is of Gene only which is a little bizarre as I probably would have rather had the group picture on the back as the front at least.  But I am being picky.

The vinyl as it says above is a Highlighter color yellow with green & blue splatter.  It is actually really pretty and that adds to the impressiveness of the overall packaging.

And to top that off, each side has a picture of an insane asylum to play on the album they are touring on.  The label reads in Spanish “Beso En El Asilo” which translates to “Kiss on Asylum”.  It is a nice little plus. 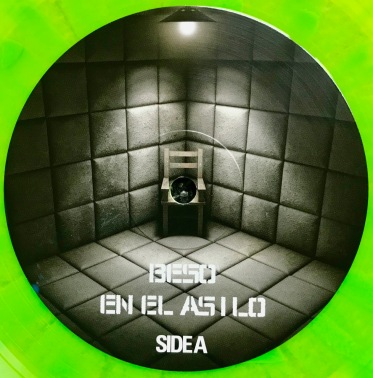 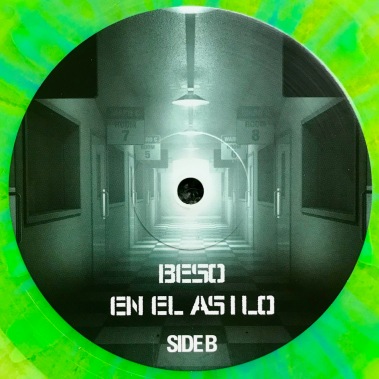 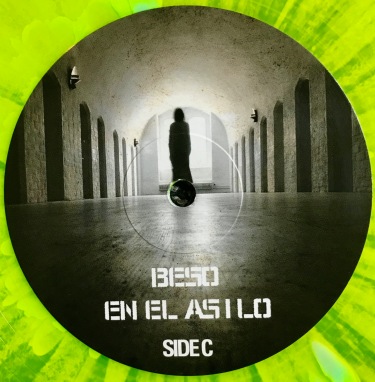 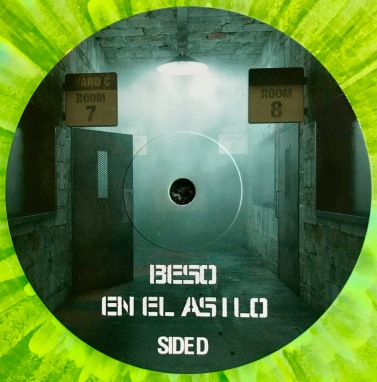 An lastly there was a little insert with more Asylum images they took from the album.

Overall, I am quite pleased with the overall look and presentation of the packaging as that was where the most time and money was spent.  Because it wasn’t on the sound quality and production of the album.

The recording is most definitely a crowd recording and not through a soundboard.  And as distracting it is at times, I was not as displeased as I thought I would be with it.  In trying to listen to it with my stereo speakers, it was a little hollow and flat.  It was lacking any depth at all to it.  The crowd noise was distracting and it was tougher to listen.  No, this one needs to be listened to with the headphones.  I found that to be a more enjoyable experience. It is weird as the crowd noise wasn’t as bad.

The track listing is great as it is a lot of the 80’s stuff which is perfect as I do have a lot more of the 70’s shows so this feels a void.

Note: My show a month later did not have King of the Mountain, Anyway You Slice It and the encore consisted of a bunch of covers along with the 2 encore songs above.

Overall, I enjoyed listening to the show, but it is pretty crappy quality since it is a crowd recording.  The backing vocals are hard to hear and the drums lack any real punch, (definitely can tell during Eric’s solo).  You can still hear the guitars fairly well and the lead vocals come through just fine and you can understand everything so that is a plus.  I did enjoy Bruce’s solo as the man is one fantastic player and argubly the best guitarist they ever had.  Ace is still my favorite, but Ace plays by feel and Bruce is more trained and technical.  Different styles.

If I based on sound quality alone, it would probably get a 2 to 2.5 score, but when you take the whole presentation and sound into account, I will give it a 3.0 out of 5.0 Stars.  It is a full show, nothing is left out and I did enjoy it.  Listening it to it with my headphones was the better way to go and you get more out of it doing it that way.