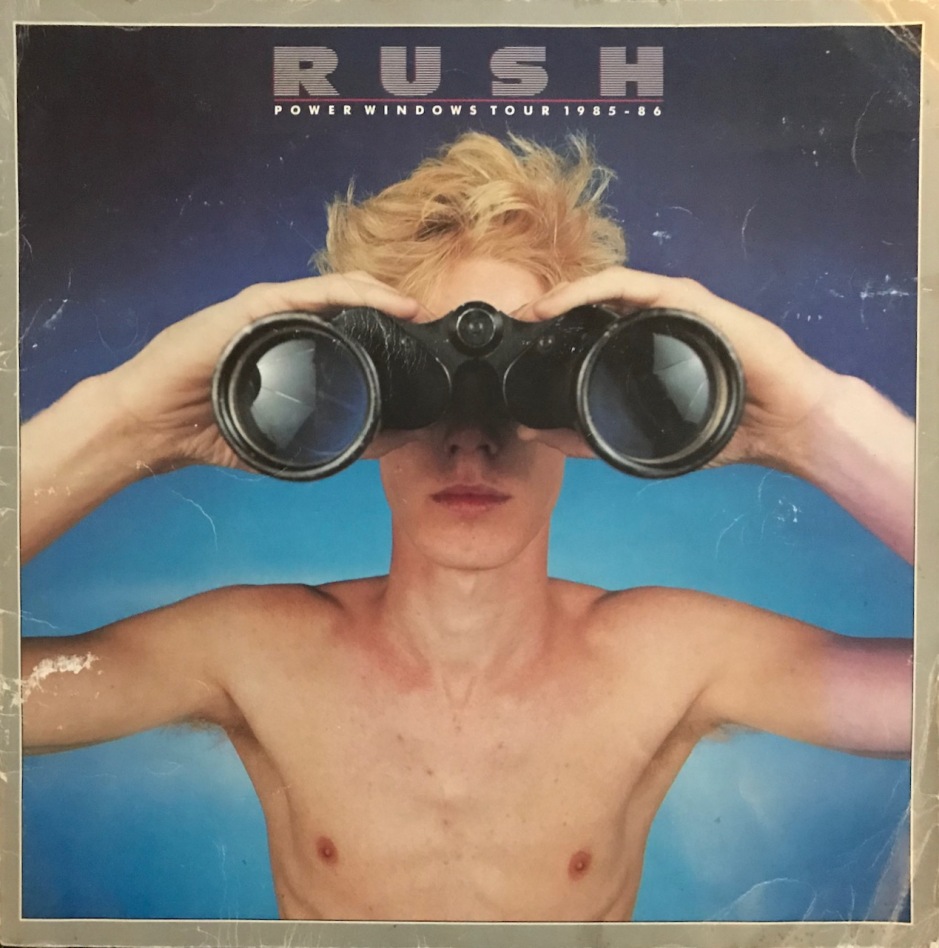 If you read this blog regularly, you would notice that I started collecting Kiss Tour Books and this is a very recent thing. As a result, I have suddenly had numerous Tour Books fall in to my lap almost literally. First were a couple of Bon Jovi Tour Books and now I stumbled across not 1, not 2, not even 3, but 4 Rush Tour Books. It is like the Tour Book Gods are speaking to me. I grabbed all 4 as the prices were really great and made it worth owning. This here is the first of the 4 Rush Tour Book posts that coming. The place I found these was Hardy Boy Records in Mint Hill, NC. I always seem to find some cool stuff from him as I have found numerous Kiss Bootlegs at his shop. His shop is quickly becoming my favorite place to go.

This Tour Book for Rush is covering the tour for the album ‘Power Windows’. The tour ran from March 10, 1985 to May 26, 1986 and covered 75 dates all across the U.S. and there home country of Canada. And the setlist was pretty impressive…

Encore:
Tom Sawyer
2112
Overture
The Temples Of Syrinx
Grand Designs
In The Mood

The Tour Book, however, isn’t as impressive. First, this one is a little rough around the edges. Second, their art director was not very creative, imaginative, or inspiring by any stretch of the imagination. Compared to the Kiss Tour Books around this time, this is as basic and lifeless as it comes. Still cool to have it though. Let’s get started.

Inside to kick things off, you do get a 3 page essay by the legend himself, Neil Peart…

Then unlike a lot of programs I have seen, you get the credits and then some band pictures. Usually those credits are one of the last couple pages…

And then it is page after page of band pictures. You will notice a very simple theme. White background, one to maybe a handful of pictures with no cool formats, background, etc… Pretty basic.

I will interrupt briefly to point out that this a real band mentality. No one member is monopolizing the pictures. Rush equally distributes the face time among all 3 members. Not all bands do this (Bon Jovi…cough…cough)…

Now we are to the final pages and the one page has all the album pictures listed and I believe the original owner was tracking which albums he had plus a few extras written in at the bottom. Oh well, they all can’t be perfect…

And now the end…

Thanks for hanging out for a little while and I hope you enjoyed. The next one should be up in about a week.