For most of 2018, I have been reviewing all the Ratt albums from the Ratt E.P. in 1983 all the way to 2010’s Infestation. It has been an enjoyable ride walking through the history of the band, all the ups and the downs, the good and the bad and loving every minute of it (wait that is Loverboy)…and loving watching the wax or cd spinning round and round (much better).

Ratt has been a love/hate relationship.  While I love most of what they do, they don’t always deliver the goods and I tried to be as honest as I could be throughout the review processes.  I believe I was brutal where I needed to be and kissed their ass when it deserved it as well.  I hear they band is planning a new album in 2019 and when it comes I will review it in detail like the others and I will update this list and put it where it belongs among the classics or the crap.

You can go back and read each review in detail by just clicking on the album title.  This ranking will be just a summary of the good and bad of each album.  I hope you enjoy.

The hardest review of them all to write. I couldn’t connect to this album when it came out or even now.  The production quality was horrible; Stephen’s vocals needed some cleanup and weren’t always up to par; the double guitar of Ratt of old was gone and so the songs were missing that punch; and overall it was just bad.

END_OF_DOCUMENT_TOKEN_TO_BE_REPLACED

After the disappointing sales of their album ‘Detonator’, Ratt seemed to be falling apart.  Robbin Crosby would leave the band due to his substance abuse problem and the dominos would fall from there.  The band went on “hiatus” in 1992 and it felt like the band was done.  Well, the weren’t just year.

In 1997, reunion talks began with the five original members.  However, Robbin Crosby developed HIV due to his substance abuse problem and was in no shape to carry-on.  Juan Croucier would soon afterwards decide he didn’t want to re-join the band.  So that left Stephen Pearcy, Warren DeMartini and Bobby Blotzer and they decided to continue as Ratt and the set out to go on tour.  Before they did that, the decision was made to release a compilation album of B-sides, alternate recordings and even re-work some old Mickey Ratt tunes.

I wasn’t planning on reviewing any compilation albums in my Ratt Review Series, but this one was different as it wasn’t a greatest hits collection.  Being that most of the songs haven’t been on any Ratt album, I decided it was worth getting a review of it’s own.  I will warn you, this is a collection of songs that is strictly for Ratt fans. 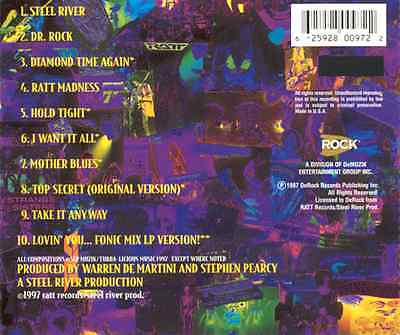 END_OF_DOCUMENT_TOKEN_TO_BE_REPLACED

Next up in the Ratt album review series is their 3rd studio album, the 1986 album ‘Dancing Undercover’.  The entire band was still in tact and even producer Beau Hill returned for his third album.  The band still consisted of the following:

Even though it was the same crew, things were different.  The band decided that they didn’t need a beautiful woman on the cover and opted for pictures of the band members themselves.

END_OF_DOCUMENT_TOKEN_TO_BE_REPLACED

After the success of their self-titled E.P., Ratt signed a record deal with Atlantic Records and that deal brought us the incredible debut album ‘Out of the Cellar’.  On March 27th, 1984, the album was released and thanks to MTV, the band became a huge sensation.

The band’s line-up was unchanged from the E.P, consisting of the following members:

With the incredible dual guitar combo of Crosby & DeMartini and the bluesy, raspiness of Pearcy’s vocals, the band had an arsenal of great songs that took them to the pinnacle of rock and selling millions and millions of records.  It also didn’t hurt that they looked the part which was crucial for the MTV world that was exploding on the scene at the time.

Take that and add a beautiful woman on the cover your album and there was denying this band.  Tawny Kitaen graced the cover of the debut album as she was the then girlfriend of Robin Crosby.  She also graced the cover of their E.P. but that was just her beautiful legs.  This time, you got the whole package.  For those that didn’t know, Tawny is the video vixen that was dancing on the pair of Jaguars in the Whitesnake videos in the late 80’s when she was dating David Coverdale.

END_OF_DOCUMENT_TOKEN_TO_BE_REPLACED 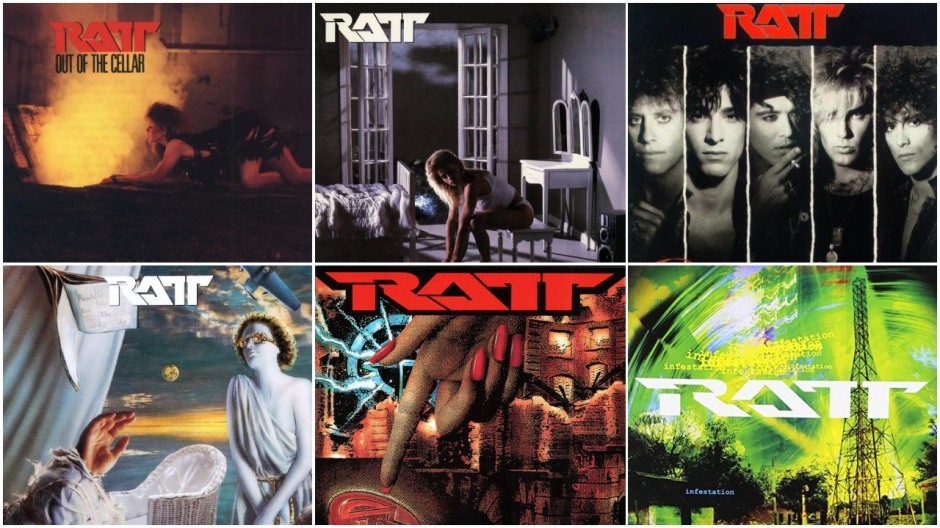