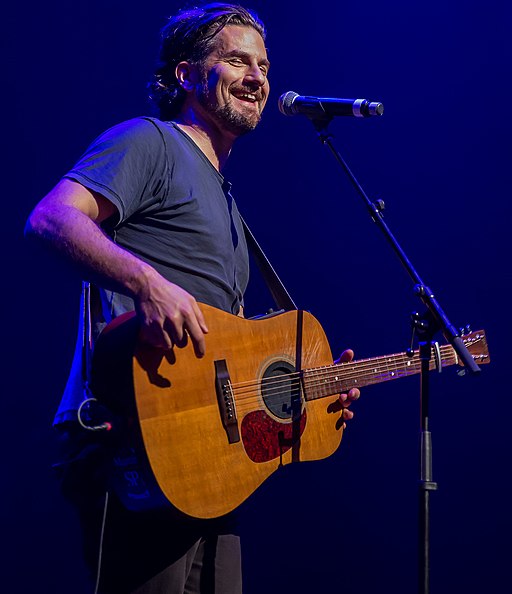 My first artist profile is of singer/songwriter Matt Nathanson. I discovered his music when I was listening to an internet radio station. His song “Come on Get Higher” came on and I was instantly drawn to it and wanted to hear more by him. I went and bought the album “Some Mad Hope” and from that point on I was hooked and now a life long fan.

Matt has been around playing since the early 90’s and his first album came out in 1993. I believe I read somewhere that it was songs he had written in high school. I would describe his early stuff as indie/college style music. When I would listen to his older stuff I have to admit I didn’t particular care for his albums in the 90’s, but that is not to say you wouldn’t like it. For me, it is just not something that spoke to me.

But somewhere around 2002 and his E.P. – “When Everything Meant Everything” his songwriting and sound started to click. I could get into these songs. They started speaking to me. Each album after spoke to me more and more and I believe he has hit his stride and his writing and his storytelling just get better and better.

One interesting thing about Matt is he is a closet Metal Head which I think is so cool as his music is far from it. He is a big fan of a lot of the rock acts I grew up with and even appeared on That Metal Show.

I have had the pleasure of seeing him live three times now. Sadly, every time I have seen him, he has been an opening act. I hope to change that one day and see him as the headliner. He and his band sound great live and he has such great stage presence and can really draw in a crowd.

The last time I saw him he was the opening act for Train here in Charlotte at the PNC Pavillion. When he came out the crowd was still filling in and not really there to see him. The way he works the crowd is something to see. His style and brand of humor between songs is magnificent. By the end of his set, the entire arena were on their feet screaming and loving every minute of his performance. They left that night knowing what Matt Nathanson was all about.

I am glad to say that every time I have seen him has been with my daughter.   She too has become a fan. We were able to meet him when he performed at the Fox in Atlanta when he opened up for Kelly Clarkson (didn’t get to meet her). He was so gracious and made my daughter feel so special.   After he shook my hand, he bent down and got down on my daughter’s level and spoke to her like he cared and made her feel important. He signed her CD and then snapped a picture with us. It was really a special evening for us. The way he treated her made me respect him and appreciate his music that much more.

If you are not familiar with Matt Nathanson, below are some of my favorite songs and then a list of his albums.

Please check him out and follow him on Facebook and Twitter. He is freaking hilarious.  Let me know what you think or if you have any favorite songs Matt Nathanson.