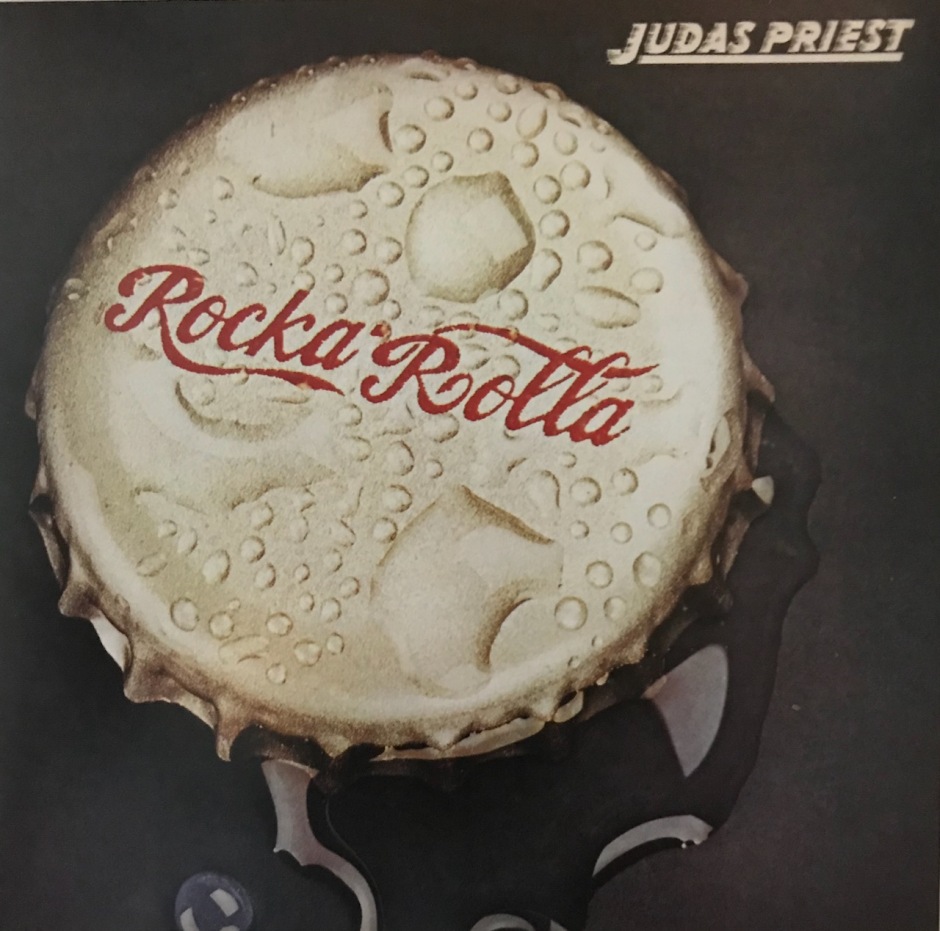 Welcome to another series on 2 Loud 2 Old Music. This time we are going to go through all the Albums that were in ‘The Complete Albums Collection’ Box Set that I received as a gift for this last Christmas. Here’s the thing, I have only really ever listened to the 80’s singles for Priest. I don’t know much about them other than who they are and maybe a couple albums, but I thought it was time to take a deep dive in to the Priest World and see what all the fuss is about. I also have Rob Halford’s new book ‘Confess’ that I am dying to read to learn even more. When I do something, I am not going to do it half-ass so we are going to start with the first album and work our way up to the final one. Now, this box set was missing the Ripper albums and the two most recent Priest albums, plus I am sure some live albums, but we will have 17 albums to go through that I am hoping to have done by the end of the year. Once I am done with those, we will go back and do the ones this set missed.

Judas Priest is out of Birmingham, England and were formed in 1969 and what I learned quickly is that Rob Halford was not the original singer of the band. That role was filled by Al Atkins. In fact, when the band released their first album in 1974, Ian Hill was the only original member. K. K. Downing didn’t come on board until 1970, Halford and John Hinch was 1973 and the Glenn Tipton was 1974. The classic line-up of the band was complete just in time for their first album. The main four guys less Hinch would go on to be together until 1992 then back again in 2003 up until 2011. Quite an impressive run.

The band went in to the studio in June 1974 with Rodger Bain as producer and you know him as he produced the first three Black Sabbath albums, so not a bad get for the band. The band actually recorded this album live in the studio. What do I mean by that, well the band all played at the same time, together, live in the studio. It wasn’t pieced together from each member playing their part one at a time. This I believe gives it a more raw sound, a little rougher around the edges, but makes it more real and authentic which is cool. The album was finished by the end of July and released on September 6, 1974 which in today’s standards is a really quick turnaround time.

What I found really surprising when I played this for the first time (and I mean the very first time I ever heard anything on this album in my life) was that this didn’t sound like the 80’s Priest I knew. No, this was a very bluesy hard rock album like a lot of the 70’s rock at the time as well as some progressive rock thrown in. I found that to be interesting and now I already see how far they evolved as a band over the years. I have to admit, I really dug those songs that were more blues tinged as I do enjoy that type of music.

That opening track of “One for the Road” is that blues rock I was talking about. The song was written by Halford and Downing and what a great opening track. The opening riff screamed 70’s classic rock and felt like a little Sabbath and a little Deep Purple. Halford’s voice hit some high pitches effortlessly and sounded amazing. The title track, “Rocka Rolla” is more upbeat and has several little solos by Downing and Tipton does the outro. It even has some harmonica played by Halford. Another blues track, but more upbeat and rocking then the opener and another great track.

The band goes more prog with the following Suite of songs “Winter”, “Deep Freeze” and “Winter Retreat”. “Winter” was actually co-written with original lead singer Atkins as well as Downing and Ian Hill gets his first credit. “Winter” feels very Sabbath-like with a much darker tone and then “Deep Freeze” opens with some nice drum parts by Hinch and still keeps the dark, distorted sound, but things fall apart for me on the third part “Winter Retreat” with its guitar wailing and a little psychedelia feel then it completely changes course and goes all smooth and calm to take you out, a completely different tempo and vibe. It was very experimental and doesn’t seem to flow with the other two parts.

On my CD, the three songs above as well as “Cheater” were all on track 3 together which made no sense to me. “Cheater” which was written by Halford and Downing takes us back to the blues hard rock sound. It opens with a great riff and slams it home from there. I love the swagger to the song, the cowbell and the harmonica all screamed classic rock and right up my alley. One of my favorites on the album.

What would be considered Side 2 kicks off with “Never Satisfied” written by Atkins and Downing. I felt the guitar parts were very Zeppelin influenced and Halford’s vocals went a little deeper at times and then hit that higher range he is so known for especially at the end of the song. He had a little grit on this one that fit nicely with the heavy guitar that gave us a great solo and some cool riffs. Another track worth listening to again and again.

“Run of the Mill” is up next and the longest song that band would do until 1997’s “Cathedral Spires” from ‘Jugulator’. It was written by Halford, Downing and Tipton. The song is another where I feel they were a little more progressive in style. An ambitious song that fits Halford’s vocal range perfectly. This is one where the story is really great as well about a man going over what he did in his life and realizing most of his life was controlled by others. It ends with him either dying or committing suicide. I like its darkness along with the guitar work on this one as well which you get plenty of it with a nice musical interlude. I usually don’t like long songs, but this one is worth listening to diving in and absorbing everything they had to offer.

“Dying to Meet You” is up next and the biggest misstep for me. Another Halford and Downing song, but this one sees Rob going all deep on the vocals and it sounds all wrong to me. Plus the guitars drown him out since he isn’t going all power with the vocals like we know he can. The song is quite solemn and brought me down a little. Now on my CD, there is another song attached to this track called “Hero, Hero” which is much better. It doesn’t even list it on the cover, but is more of a hidden track as there is a delay before this song kicks in. This one brings us back to the more classic rock sound most of the album has. More uptempo and a nice driving beat. Halford goes complete opposite on the vocals and hit some high notes. A great dual guitar riff and some fine fills thrown in I really liked this one too.

The final track is an instrumental written by Atkins, Downing and Hill called “Caviar and Meths”. At only 2 minutes it didn’t really have time to develop in to much of anything. I understand that this song would be 14 minutes long when they played it live. Here, it is too short, too repetitive and didn’t do anything for me, almost a waste of time and space as it doesn’t make sense with the album.

The Track Score is 8 out of 11 or 73% which is way better than I expected based on this isn’t a much talked about album, but I did enjoy a lot of the songs.

A lot of debut albums scream important and people should take notice, but this one did not. I knew nothing about this one and don’t usually hear people talking about it. I can see why as this is not the Priest sound that made people stop and take notice. This was like everything else out at the time. However, there is a classic sound to this album and I think some really great stuff on here, but I am big fan of the blues rock sound so what do I know. I know I enjoyed this album the more time I spent with it. There were some not so great stuff on here, but some cool stuff as well. All-in-all, I enjoyed it and that is what matters. I will score it a 3.0 out of 5.0 Stars because I think it is better than average, but not spectacular. Will this score change over time as I dive in to the catalog in more detail? Will this become less good or maybe the opposite and I like this one the most? We will have to wait and see what I think, but for now this is a good score and I can’t wait to see how the evolve over time.