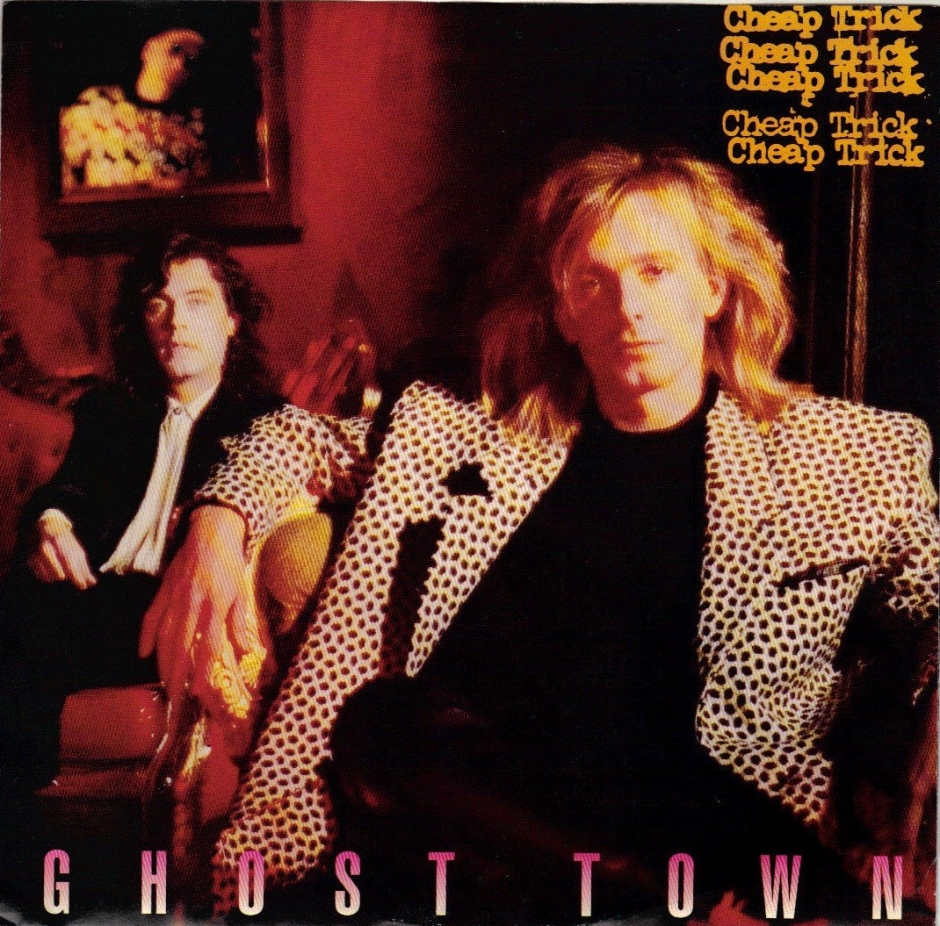 We have another Bonus Edition to the Cheap Trick Collection Series. Since it is “The Collection” Series, we are going through stuff in my collection obviously. This next piece I found at Noble Records in Mathews, NC ( look him up) and is something I problem wouldn’t normally buy, but it was inexpensive and sealed and a promo so I had to. And yes, it is still sealed as I don’t want to open it as it is the album track with no other edits or songs so I am good leaving it as is.

The Single came out in October of 1988 and since it was October, I guess they went with the Halloween theme. Well, that and the fact is the song has “Ghost” in the name. As you can see from the CD below, there are Black Cats and Pumpkins pictured on the disc. Pretty cool marketing trick. As you can also see, there is no booklet or cover to the disc. As a result, the cover picture on the post is actually from the 7″ Single release. This is a promo as noted on the back with “Demonstration – Not For Sale” clearly labeled.

“Ghost Town” was written by Rick and the great Diane Warren which gives us a connection to the Aerosmith Series we are doing (although we aren’t to that part in the Aerosmith Series). Diane Warren was brought in to co-write and song doctor songs with the band who were very upset at this idea and they let it be known they were. The song was written though back in 1981 by Rick, but it had gone relatively unfinished. Diane helped him finish it. The song did hit the Top 40 landing at #33 but it wasn’t as successful as the two previous singles.

This is the albums second ballad and third and final single. While it has some acoustic elements there is some good guitar work with the solo and the bass and drums give us a nice rhythm section. I would say the song isn’t as strong as “The Flame” but there is still enough on here to make it enjoyable. It is missing the power of a power ballad and it is a little too soft and cheesy for my liking but I see why they released it as ballads were big sellers in 1988. It just wasn’t strong enough though for my taste.

My guess on to why it never went higher than #33 is that the radio DJ’s never even opened the Promo that was sent to the station to be played…hell…proof positive with the fact my single is unopened!!