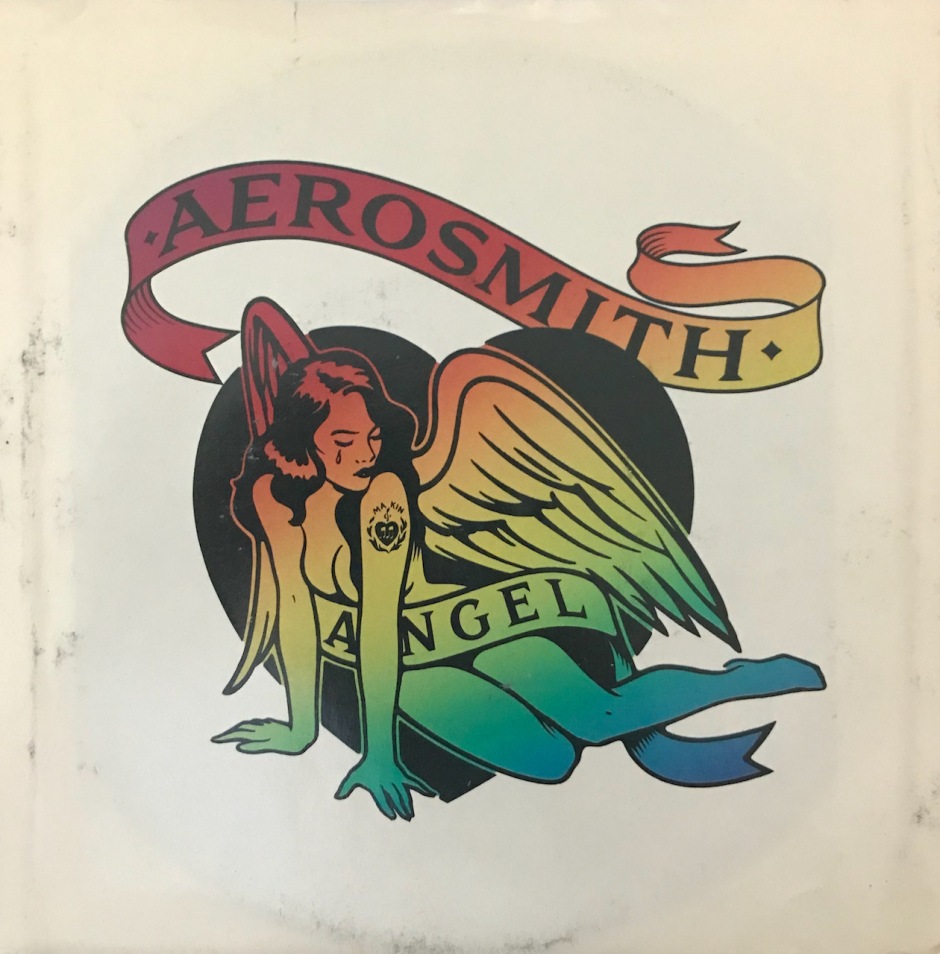 The next single from the Permanent Vacation album we will discuss is the third single from the album, “Angel”. Again, we have another Promotional copy of the single which means “Angel” is the only song on each side. The song was written by Steven Tyler and Desmond Child and is one of the band’s biggest hits up to that time going all the way to #3 on the Billboard Charts.

Tyler feels this song was a big sell-out for the band he hated for Record Executive, John Kalodner, for forcing outside writers in to the band. Tyler felt the ballad made him look like he lost all his street cred. However, I am sure his bank account would disagree. And if you look at the next couple Aerosmith albums, there a few more ballads in the mix. It helped revitalize their career so it wasn’t all bad.

“Angel” is as cliched as any power ballad at the time with the obligatory guitar solo, the emotive vocals and the somewhat acoustic feel at times and going all rocker during the chorus…it checked every box. The only difference is that it was really great on top of that. Aerosmith could hang with the big boys at the time and they fully engrained themselves into the 80’s hair band scene. Desmond might have “Wussed-Out’ Tyler, but I think the fans saw a different side of the band and it wasn’t all bad.

And there you have it. Another one down and only one more Single to go for the ‘Permanent Vacation’ album. See you real soon.