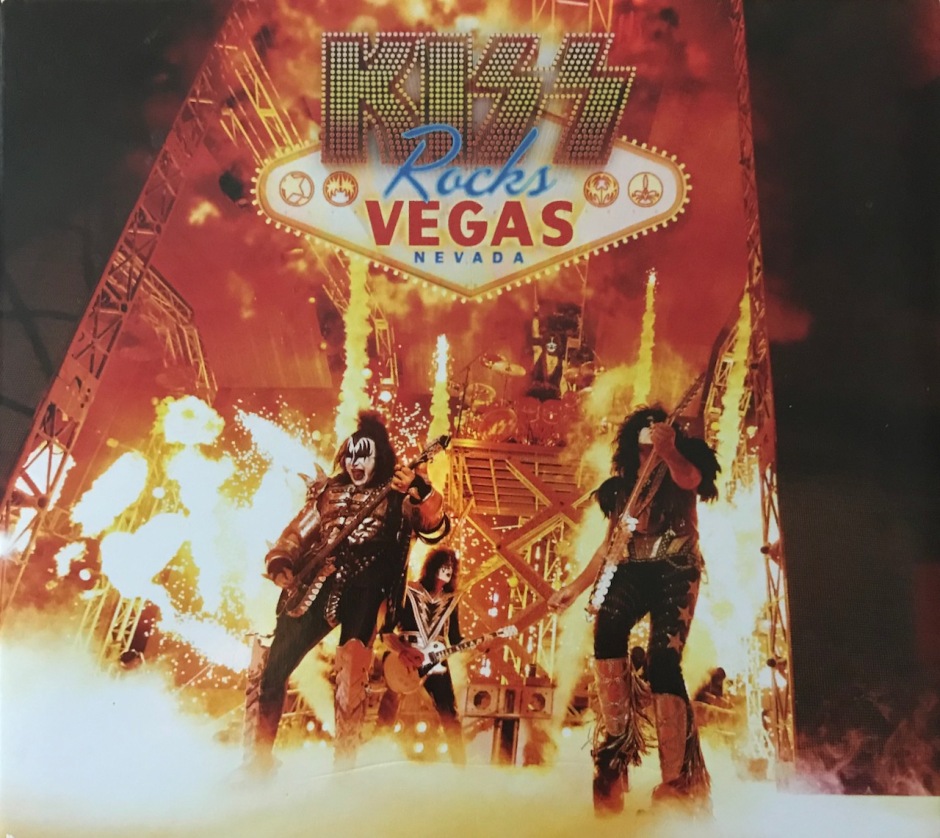 Believe it or not, Kiss released yet another live album and not a studio album. It is a sad commentary on the Kiss World at this time. And to this day, it still doesn’t look like a studio album is coming. But this is no ordinary live album…or is it? Kiss took a break from their killer 40th Anniversary World Tour and spent some time at a residency in Las Vegas…I mean who doesn’t nowadays. From November 5-23 of 2014, Kiss held up shop at the Hard Rock Hotel And Casino in Las Vegas, Nevada. Gene Simmons, Paul Stanley, Eric Singer and Tommy Thayer gave us the Kiss spectacle night after night in all its glory. The DVD set was released on August 26, 2016 almost two years later and not sure why the delay in getting it out.

And this package is a beautiful set and gives you everything you want. You get a DVD of the show in Full Digital 5.1 Surround Sound, you get a bonus acoustic set and then you get the show on CD of the same songs (less the acoustic). If you want the acoustic on CD you need to get the Japanese version…of course…and of course Ladano has that one if you want to here his take on it. You also get a booklet with tons of pictures from the band.