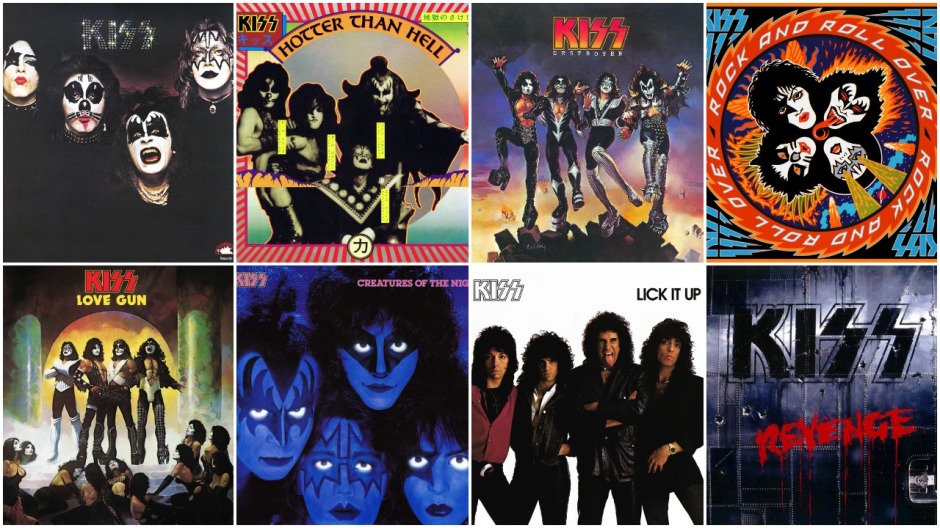 We are finally to the end of the Kiss Review Series. And like I like to do at the end of each series is Rank the Studio Albums from Worst to First and we aren’t going to do it any differently here. There are 24 Studio albums and since there are so many, I am keeping the summaries brief and no videos as I usually like to post a video with each album, but just way too many to do this time around.

Kiss began in 1973 and are still around today, but the last studio album was in 2012. It started with the original four – Paul Stanley, Gene Simmons, Peter Criss and Ace Frehley. Then came Eric Carr who replaced Peter Criss; then Vinnie Vincent who replaced Ace Frehley; then Mark St. John to replace Vinnie and then Bruce Kulick replaced Mark; and it continues with Eric Singer replacing Eric Carr after his death and then Peter & Ace came back in and out after the reunion and then finally Tommy Thayer replaced Ace for good. Lots of changes, but Gene and Paul are always the consistent formula that has kept Kiss “Alive” all these years. For the diehard fan, remember, this is my opinion and your favorites are probably going to be different, but it is okay as we both love Kiss. For the newbie, this is a good guideline on where to focus.

Now, if the band ever decides to do another Studio album, I will gladly come back and update this, but it doesn’t look like that will ever happen. If you want to check out the review of each album in detail, there are links at the bottom to all the reviews in the series and there were only 72 of them!! It took me almost 14 months to get through them all and it is still the most fun I have had on the site.

Thanks for spending all this time with me going through the Kiss catalog and my Kiss collection. I hope you enjoyed it. Enough chit chat as there is a lot to get through so sit back, grab a coffee or a beer and enjoy!!

END_OF_DOCUMENT_TOKEN_TO_BE_REPLACED 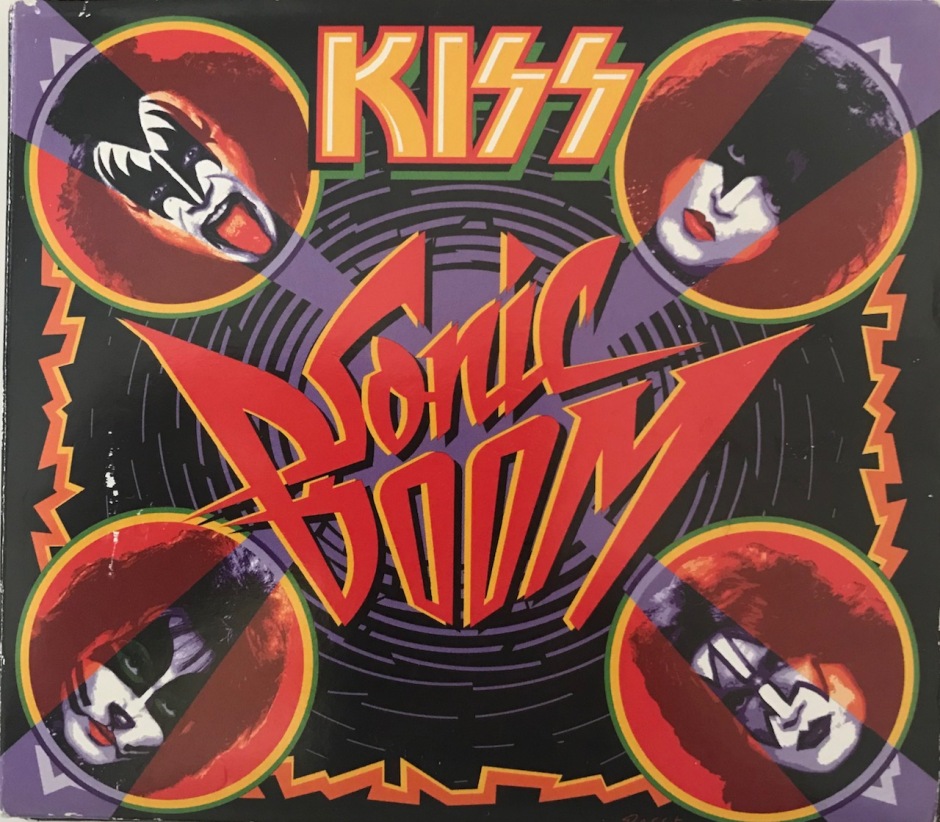 It has been 11 years since Kiss has released a studio album, and on October 6, 2009, we finally got what we had been waiting so long to hear. Now, the band gave us a lot of stuff in those 11 years. We did get greatest hits compilations, live albums, DVDs, solo projects, but we had been wanting a Kiss Studio album of all new songs. And the band finally delivered what we had been longing to hear for over a decade. This time in Kisstory, the band was Gene Simmons and Paul Stanley and current members of Eric Singer and Tommy Thayer. And this album is the first in decades to feature all 4 members of the band playing on the album and writing all the songs. That is right, no outside influences in any way. This was so much of a band album that even Eric and Tommy both had a song to sing. This was just like the old Kiss from the 70’s.

So why did Kiss finally release a new studio album. In part, it was because Paul & Gene didn’t want ‘Psycho Circus’ to be the final Kiss studio album. They were upset that Ace and Peter wouldn’t show up to play on it and what was supposed to be a Kiss album was full of outside writers and players. Now, if you talk to Peter Criss, I believe his story would be more along the line of Gene and Paul didn’t want them playing on it so they paid them not to be on it. That might be partially true, but Ace and Peter were on it, sadly only the songs they sang on. If they didn’t want ‘Psycho Circus’ to be their last studio album, does that mean ‘Sonic Boom’ will be their last? We will have to wait and find out.

When the album was finished it was released exclusively by Wal-mart…yes…Wal-mart. You were not able to get this album from anywhere else if you lived in the U.S. and Canada. Now, they did sweeten the pot with this one as you got a 20-page booklet, the album, a CD of Kiss Klassics and a Bonus DVD of Kiss Live in Buenos Aires. All packaged in a nice cardboard digipack. It is actually quite a bang for the buck. But was it all worth it, let us find out.

END_OF_DOCUMENT_TOKEN_TO_BE_REPLACED 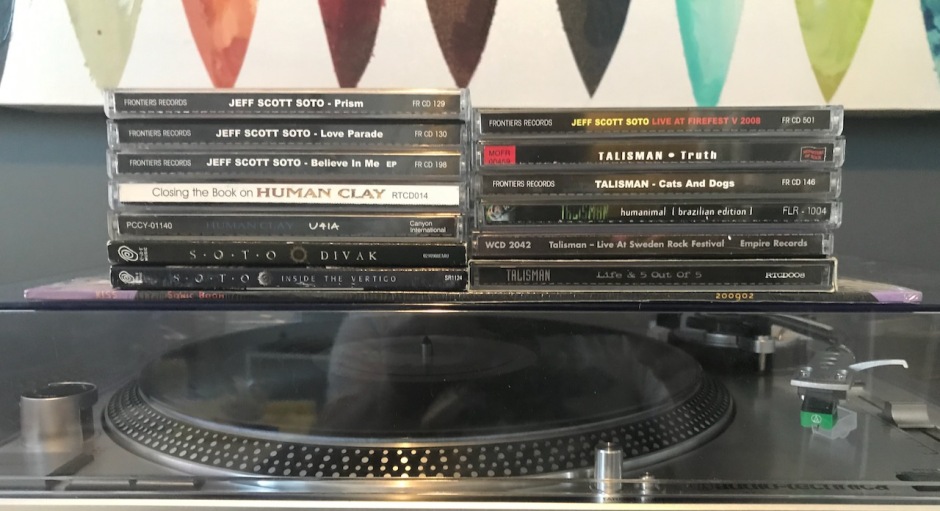 Welcome to the May Purchases review.  I was worried that there wouldn’t be much to discuss as all the Record stores were closed, Amazon mentioned they wouldn’t be delivering records, but all that started to end and the world started opening back up.  Now, I didn’t make as many purchases as usual and that is okay.  One purchase this month was rather large and has kept me busy.

First up for this month is another Kiss album.  Believe it or not, I haven’t bought them all yet. I am down to about 6 or 7 vinyls that I do not have and this month I picked up one of them.  The album is ‘Sonic Boom’ and I have been searching for this one for a while. If you find one of the original pressing, it is well over $100 as there were so few of them.  Thankfully, I finally discovered that there was a special release done by KissOnline a few years back and the price of those is so much better at around $30 (with shipping).  So, I grabbed a nice one unopened, green vinyl.  It is sweet!! 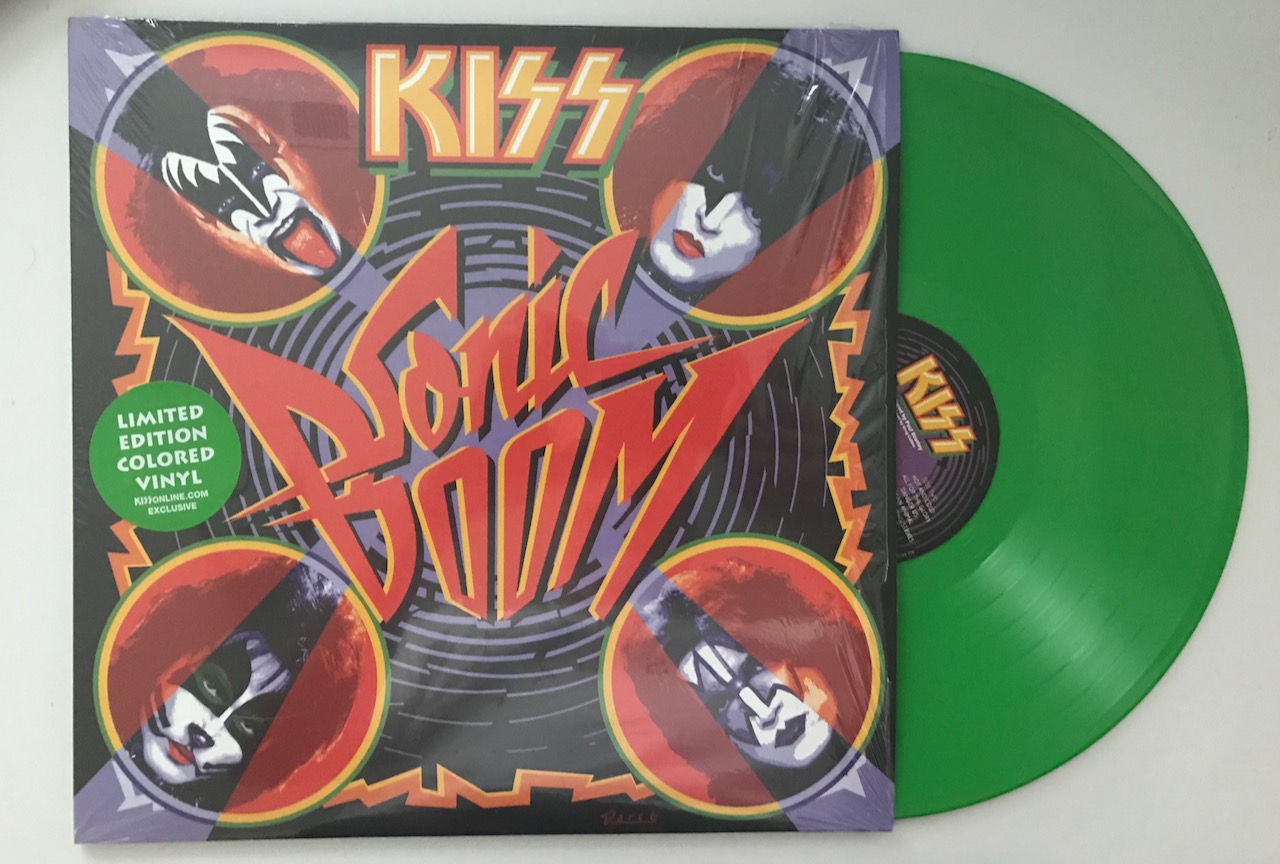 Then a week or so later, I was snooping around on eBay and I found a seller that was selling a bunch of CDs by Jeff Scott Soto and I am a huge fan of his.  I used to have a bunch of his CDs,  but gave them away years ago when we moved from one state to another….Dumb move…the CD part, not the actual move.  I bought as much of his collection as my budget would allow.  It had 13 CDs, but there were actually 15 separate albums as some had 2 albums in one.  Do you want me to list them all??  Of course you do…

And there is another I picked up on Amazon, not pictured…Jeff Scott Soto – Retribution.  That is a lot of Jeff and sadly, only a small sampling of what he has done.  I am still missing 15-20 more that I want of his since he has more solo stuff, more Talisman stuff, more Soto, there is W.E.T., Eyes, Takara, Axel Rudi Pell and Sons of Apollo still waiting to be bought. 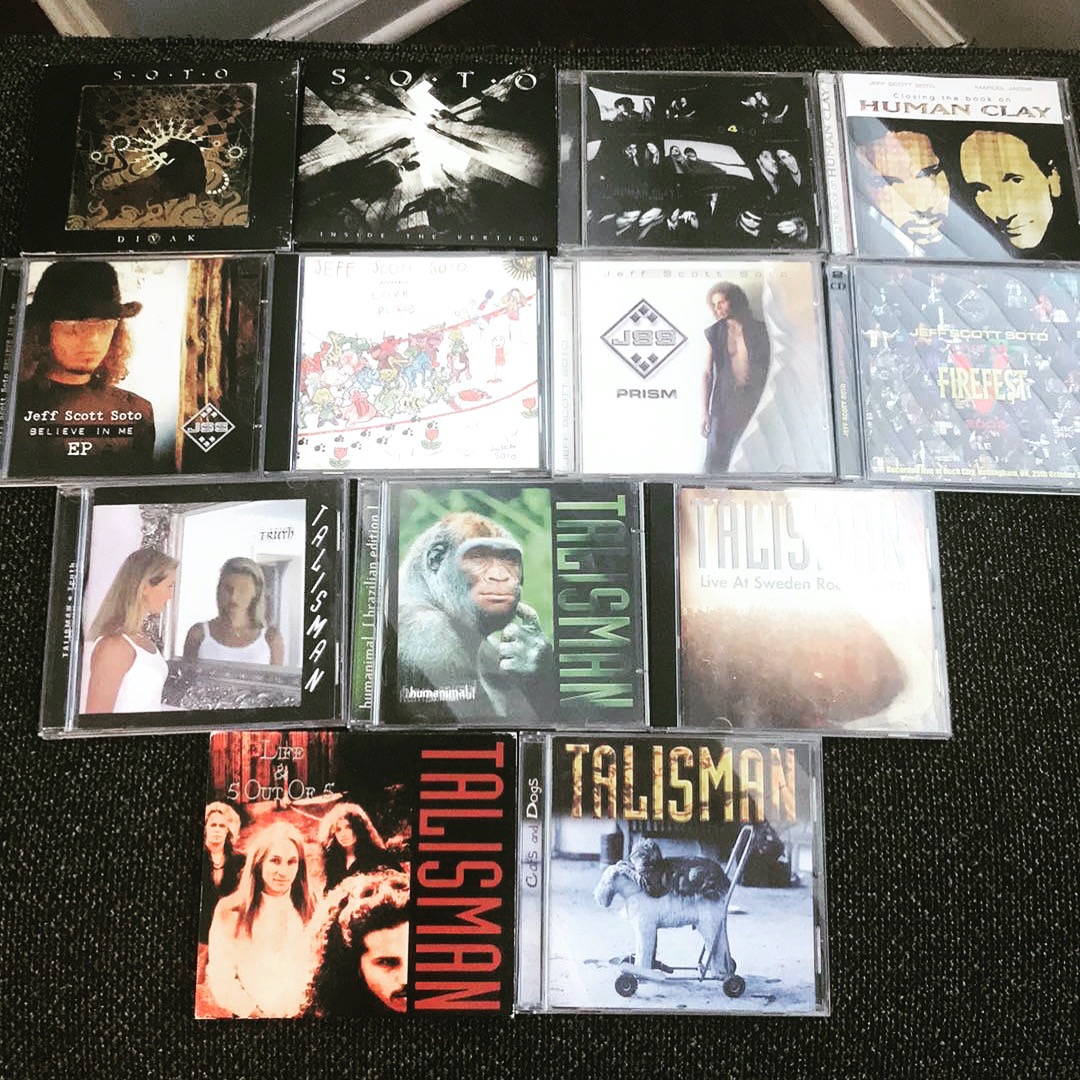 And that is it.  Not much vinyl this month, but that is okay. I will make up for it in June I am sure when I go out and finally do some crate digging for some old vinyl.  Plus, I have some Def Leppard coming and a new Whitesnake that will be in my June collection as they are already pre-ordered.  Until next month!  Happy collecting!