Welcome to the May Purchases review.  I was worried that there wouldn’t be much to discuss as all the Record stores were closed, Amazon mentioned they wouldn’t be delivering records, but all that started to end and the world started opening back up.  Now, I didn’t make as many purchases as usual and that is okay.  One purchase this month was rather large and has kept me busy.

First up for this month is another Kiss album.  Believe it or not, I haven’t bought them all yet. I am down to about 6 or 7 vinyls that I do not have and this month I picked up one of them.  The album is ‘Sonic Boom’ and I have been searching for this one for a while. If you find one of the original pressing, it is well over $100 as there were so few of them.  Thankfully, I finally discovered that there was a special release done by KissOnline a few years back and the price of those is so much better at around $30 (with shipping).  So, I grabbed a nice one unopened, green vinyl.  It is sweet!!

Then a week or so later, I was snooping around on eBay and I found a seller that was selling a bunch of CDs by Jeff Scott Soto and I am a huge fan of his.  I used to have a bunch of his CDs,  but gave them away years ago when we moved from one state to another….Dumb move…the CD part, not the actual move.  I bought as much of his collection as my budget would allow.  It had 13 CDs, but there were actually 15 separate albums as some had 2 albums in one.  Do you want me to list them all??  Of course you do…

And there is another I picked up on Amazon, not pictured…Jeff Scott Soto – Retribution.  That is a lot of Jeff and sadly, only a small sampling of what he has done.  I am still missing 15-20 more that I want of his since he has more solo stuff, more Talisman stuff, more Soto, there is W.E.T., Eyes, Takara, Axel Rudi Pell and Sons of Apollo still waiting to be bought. 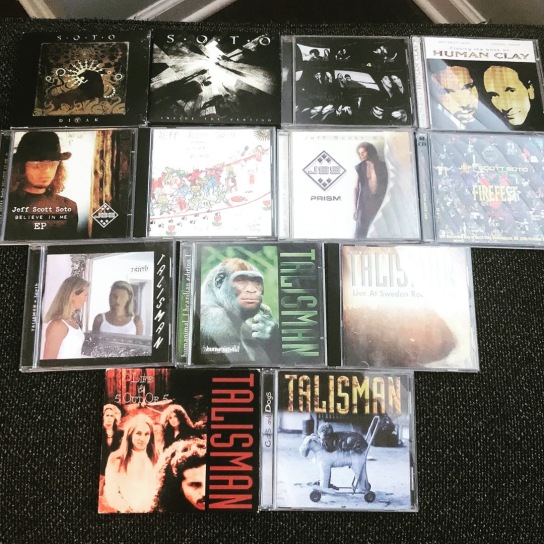 And that is it.  Not much vinyl this month, but that is okay. I will make up for it in June I am sure when I go out and finally do some crate digging for some old vinyl.  Plus, I have some Def Leppard coming and a new Whitesnake that will be in my June collection as they are already pre-ordered.  Until next month!  Happy collecting!

Below is one of the first post I ever did for this site and I haven’t updated since.  That was 4 years ago.  Jeff Scott Soto has released a ton of albums since then so I figured I needed to do an update on this post from 4/17/2016.  If I was to complete do this from scratch today, it wouldn’t look this pedestrian, but I will leave it is an just update some albums and song information. I have been on a big JSS kick lately so I want to spread the love….I hope you enjoy.

The artist spotlight is on one of my favorite rock vocalists, Jeff Scott Soto. I came across his music thanks to a great website by Andrew McNiece – Melodicrock.com (go check it out). If you haven’t heard of Jeff, let me tell you a little about him.

Jeff has only been in a few bands – Yngwie Malemsteen’s Rising Force, Talisman, W.E.T., Sons of Apollo, SOTO, Soul Sirkus, Redlist, Eyes, Journey (yes, that Journey), Trans-Siberian Orchestra, Takara, Eyes, Axel Rudi Pell and I believe there are several others so yeah…only a few.

He also has made appearances on so many other albums (too numerous to list). Most recently he was on Joel Hoekstra’s 13 album “Dying to Live” which I thought was a great album. He was even in the fictional band Steel Dragon from the movie “Rock Star” with Mark Wahlberg. And lastly, he has had a great solo career.

I mentioned he was in Journey above. In 2006, Journey let their lead singer go, Steve Augeri, and picked up Jeff to finish the tour.  Jeff had worked withNeal Schon in the group Soul Sirkus which I will talk more about later. I was so excited with that announcement as after hearing his version of “Send Her My Love”, I knew he had the chops for it. Sadly, it didn’t last. After the tour they let him go and went with a different singer.

END_OF_DOCUMENT_TOKEN_TO_BE_REPLACED 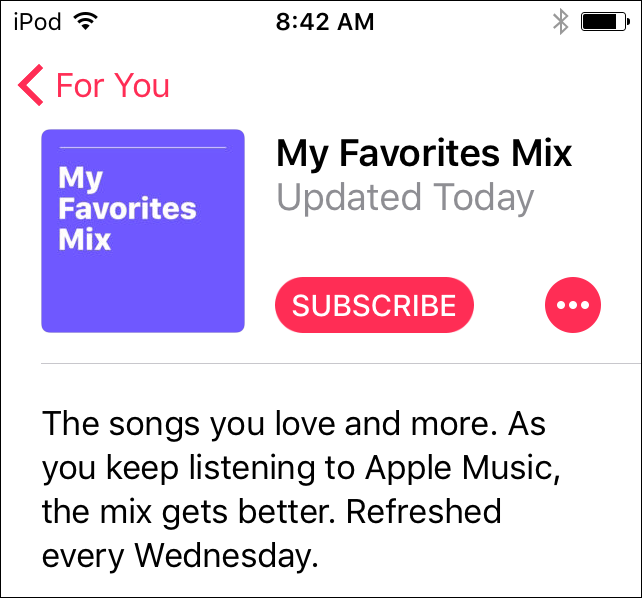 Each week Apple Music creates a playlist for me of songs they feel I will like called “My Favorites Mix”.  This week they did a really great job of picking those songs.  There were 25 songs and 1 hour & 32 minutes of magic.  Here are the songs:

When I gave this a listen the first time, this playlist put me in a great mood.  I hope the new playlist coming up on Wednesday is as good as this one.  Go to Apple Music and give it a listen at this link.