Can you believe there is only one more month in the year? It has flown by so fast. And here we are again with another month end wrap-up of the purchases we have made here at 2 Loud 2 Old Music. It was a pretty decent month and another month where CDs outweighed the vinyl. There should’ve been a couple more vinyl in here, but with all the delays in vinyl pressing I have 3 that have been bought that will now not show up until 2022!! Thanks Adele!!!

First up this month are a couple that came in at the end of October after I had done my post. First is the John 5 & The Creatures release ‘Sinner’ and this one is signed. It is an awesome album and it will be interesting to see where this lands on our year-end countdown.

The other item that I received was another stellar box set from Whitesnake. This time around it is the 25th Anniversary of the album ‘Restless Heart’. It is full of demos, remixes and the always cool Evolutions disc that walks you through the evolution of the songs. Sadly, there was no live show added but that is being picky.

END_OF_DOCUMENT_TOKEN_TO_BE_REPLACED

Formed in 1989 in Connecticut, the band quickly moved to L.A. where they were signed almost immediately and had their debut album out in 1990. The timing was perfect as record companies were over-saturating the market with the next big Glam Band or Hair Band as it has been so horrendously called over the years. Steelheart it that bill nicely as lead singer Miljenko Matijevic had the pipes and the looks. The band exploded on to the scene with their self-titled debut and saw the album go to #40. They quickly released their follow-up, ‘Tangled in the Reins’, in 1992 and it was dead on impact.

Then tragedy struck while on tour for the 2nd record. An unsecured light truss fell on to the stage, crushing Miljenko and breaking his nose, cheekbone, jaw and twisting his spine up severely. It took him years to recover and eventually in 1996 he made a comeback with ‘Wait”. The album didn’t do anything. Years went by and there was nothing from the band. Then in 2006, he re-emerged with a new band, same name, and released their fourth album, ‘Good 2B Alive’ in 2008. Again not much notice then thanks to Frontiers, 2017 saw them return once more with “Through Worlds of Stardust”. And here we are a few years later and finally ranking all five of their albums from Worst to First.

If you haven’t heard them before, they are worth checking out, and yes, even the worst has some great stuff. I hope you enjoy!

END_OF_DOCUMENT_TOKEN_TO_BE_REPLACED 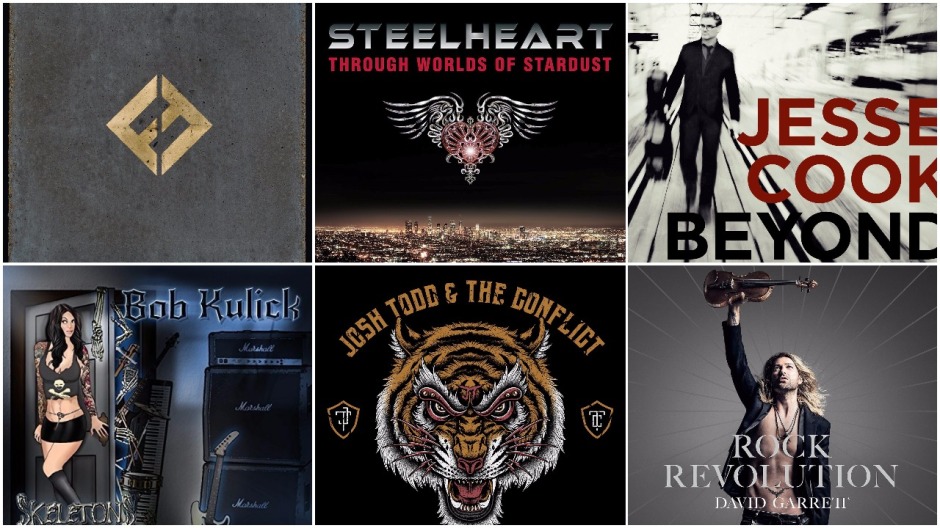 Well hold on to your hats, there is an abundance of new releases today.  Over 27 albums on the list so there has to be something for you.  For me, there are at least 10 I want to listen to, but I am sure I won’t make it through all of them.  The ones I want are highlighted in Blue.  Let me know what you would like to buy or hear.