2021 is upon us and it is always fun anticipating what new albums are and will come out in the year. There are quite a few we already know about, but some haven’t been officially announced or even a date set yet.

Last year, there were a few artist I was hoping would release an album that might have or might not have released one.  It is always fun to hope for new music from these bands, but were disappointments.  Here is who I was hoping for new albums from last year and what actually happened…

Okay, are there albums I want to see this year from some of my favorite bands that haven’t been announced or in some cases even rumored?  Of course there are.  These are the bands I want new albums from this year…but it might not happen.

END_OF_DOCUMENT_TOKEN_TO_BE_REPLACED

Okay, I know I did a post of Memes on them last week, but there were so many good ones or just so many depending on your point of view.  I have enjoyed going through these myself, so I hope you like them too…let’s get to it. 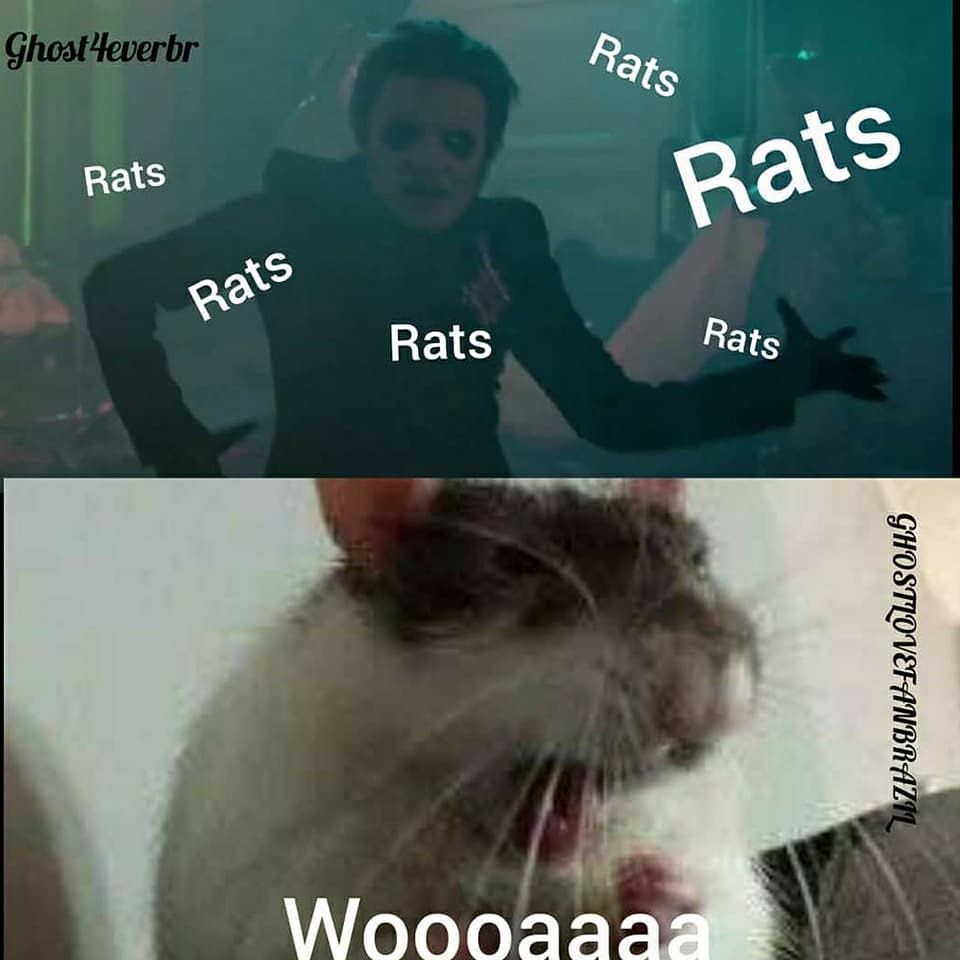 END_OF_DOCUMENT_TOKEN_TO_BE_REPLACED

Welcome to Tuesday’s Memes.  It is time to bow down and worship at the alter of Papa Emeritus and Ghost!!  Satan is nothing compared to Papa!!  He scares me a little!!!

END_OF_DOCUMENT_TOKEN_TO_BE_REPLACED

Welcome to the Top 20 Rock Songs of 2018.  These songs are my favorite songs of the year and were not necessarily played on the radio or even shot up the charts.  They just moved me in some way good or bad!

#20 – “Loading Zones” –  Kurt Vile off the album ‘Bottle it In’:  Kurt’s can be about the mundane and anything that troubles him in life. This is about the horrors of trying to park in the city.  It has such a great little beat to it and some great guitar and such a simple subject that yet turns into something amazing.  The video is great as well.

#19 – “Roll Me Under” – Stone Temple Pilots off the album ‘Stone Temple Pilots (2018)’:  I know I did give the album the best review, but I liked this song.  It had the old STP sound, but it was also Jeff Gutt at his best on the album.  Such a heavy bass and guitar sound,  it was just great.

END_OF_DOCUMENT_TOKEN_TO_BE_REPLACED

Welcome to the First Friday of June and better yet, the first day of June.  We are now getting into the Summer months and it is going to be Hot with new releases and temperatures.  There only a couple I am interested in the one will require a lot of dough.  My choices are highlighted in Blue.  What interests you?  Leave me a comment.

This initial volume of the band’s complete recorded output comes in a limited-edition 180-gram heavyweight vinyl box set, featuring Def Leppard’s first four studio albums — along with some choice bonus live and studio material — all spread across 8LPs. The Volume One collection contains all of Def Leppard’s iconic 1980s recordings – On Through The Night, High ‘N’ Dry, Pyromania and Hysteria – with reproductions of the original packaging. Furthermore, this collection includes a replica 7-inch single of the band’s original independent EP, the self-titled The Def Leppard E.P. The Volume One collection also houses bonus material including Live At The LA Forum 1983, originally released as a bonus disc in the deluxe CD version of Pyromania, making this the first-ever vinyl offering of the complete show. This 2LP version comes with a new sleeve and inner bags. The box set also includes Rarities Volume 1 which has been specially compiled by Joe Elliott, containing rare B-sides and recordings from Def Leppard’s early years, all in a newly commissioned sleeve. Each album in the Volume One box set was mastered by longtime band producer/soundmaster Ronan McHugh and frontman/vocalist Joe Elliott at Joe’s Garage in Dublin, Ireland, and cut by Greg Moore. Housed in rigid boxes, the Volume One collection also contains a hardback book with rare photos by longstanding band confidant Ross Halfin and liner notes by Classic Rock’s Paul Elliott. Def Leppard bandmembers Joe Elliott, bassist Rick Savage, drummer Rick Allen, and guitarist Phil Collen have all also contributed their personal introductions to the collection.

END_OF_DOCUMENT_TOKEN_TO_BE_REPLACED

For those that don’t know, MercyMe is a Christian rock/pop band out of Texas who have been tearing up the Christian charts since 2001.  You might know them and not know it. Back in 2001, they had a crossover hit to mainstream radio with the song “I Can Only Imagine”.  This was the song that introduced me to the band and has made me a fan ever since.

Back on March 31, 2017, MercyMe has brought us their 8th studio album (this does not include the 6 independent releases they had before signing with a major label).  Their new album ‘Lifer’ has another batch of catchy songs that celebrate Christ, and life in general, but in a way that does not feel preachy.  It actually feels fun and not slammed down your throat. ‘Lifer’ is really a party album that will make you dance, celebrate and might actually make you feel good.

With the way modern radio is, we probably won’t see another Christian crossover song and that is a crying shame.  I preach about this on every Christian album I review.  The mainstream media won’t play Christian music because it is taboo for some reason.  They feel Christian music should be relegated to the Christian only radio stations.  My problem with that is people are missing good music…sorry…GREAT MUSIC!!!  Who cares if the topic is God or Jesus or anything Christian.  The message is way better than the crap that is being played right now.  The world could use a little positivity right about now.  It is always doom and gloom.  Sorry…Got off topic there for a second.  Please forgive me.