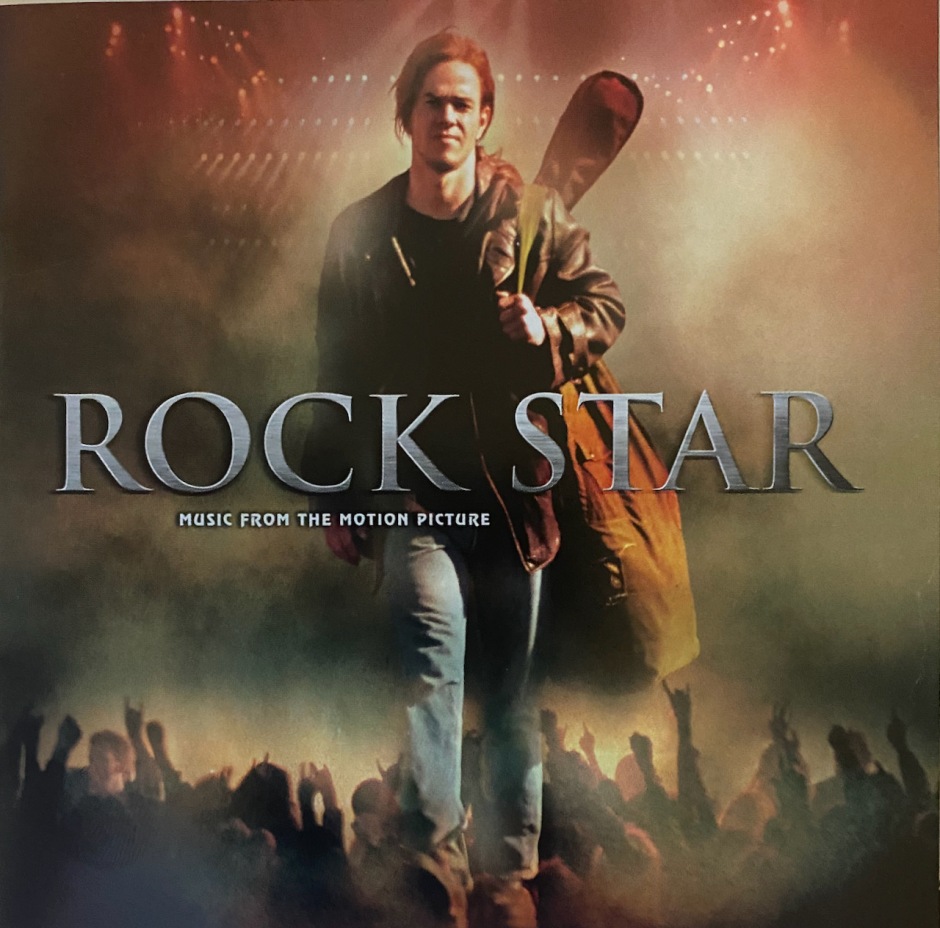 Who would have thought that in 1991 while doing backing vocals for Stryper’s album ‘Against the Law’, that would lead to Jeff Scott Soto doing the singing vocals for a movie in 2001 called ‘Rock Star’ starring Mark Wahlberg That is what happened. The producer on the Stryper album was Tom Werman and Tom brought Jeff in for a ton of albums he worked on after Stryper’s album and when ‘Rock Star’ came up, he had Jeff come in and audition.

He originally auditioned for the singing voice of Mark Wahlberg’s character, but the producers of the movie thought his voice was too good actually. They wanted a less seasoned voice, but one that could rip in those 80’s styles so they brought in Miljenko ‘Mike’ Matijevic another Tom vocal favorite. Mike is the lead singer of the band Steelheart and man does he have some pipes as well. Jeff actually did backing vocals on Steelheart’s debut album as well.

The movie ‘Rock Star’ was inspired by what went on with Judas Priest after Rob Halford left the band. They brought in a Judas Priest Tribute band singer by the name of Tim ‘Ripper’ Owens. Mark Wahlberg’s character, Chris Cole, is a massive Steel Dragon fan and was in a tribute band called ‘Blood Pollution’. When the lead singer of Steel Dragon, Bobby Beers, quit (sung by Jeff Scott Soto), Chris Cole was hired (sung by Ike Matijevic) and then the movie chronicles the ups and downs of Chris Cole’s life as a result of this move.

END_OF_DOCUMENT_TOKEN_TO_BE_REPLACED

Another month down and therefore it is time to review the purchases made this month at 2 Loud 2 Old Music. And I think it was a pretty good haul. We bought some stuff online, we hit a local record store and we had a record show this month. And we will kick it off with the brand new album by Jeff Scott Soto which came out on May 6th. It is called ‘Complicated’ and we won’t be getting to review this one for a long time as we are only 20+ albums into the 70 album series. For now, take a peek…

Then I have some research I need to do for a friend of Jeff Scott Soto. I have a lot of homework to do on Jason Bieler of Saigon Kick (notice the three Rock Candy Editions) and his new band Jason Bieler and the Baron Von Bielski Orchestra plus others. Hmmm…now why would I be doing homework…I guess you will soon find out…

END_OF_DOCUMENT_TOKEN_TO_BE_REPLACED

After Jeff Scott Soto had finished his vocals on the ‘Eternal Prisoner’ album for Axel Rudi Pell, he went back to the states to continue to work with his band Slam. Then it was on to work on the next Talisman album ‘Genesis’. But his obligations weren’t done with Axel. Axel wanted to do an album full of nothing but ballads so Jeff was brought back in April 1993 to finish up some work on several songs to be included on the album. Jeff was only on 4 of the 10 songs, two were instrumentals, two from Rob Rock with one from Karl Holthaus both previous singers of Axel’s.

The album was released on September 7, 1993 and I guess it was successful as Axel did a total of five of these Ballad compilations. ‘The Ballads’ release had a mixture of previously released tracks, some previously unreleased tracks and even a couple covers. It is a lot of ballads to have on an album. It caused a mixture of reactions. Some metal fans were turned off because the album was nothing but ballads, however, you had a section of non-metal people that were now introduced to Axel’s music because it was all ballads. Heck it was the ballads that probably brought a lot of women in to the Glam music scene anyway…that and the fact they wanted to know the secrets on how the guys got their hair so big and poofy. But lets talk about the music instead of the hair.

“You Want Love” opens the album and was one of the new tracks recorded by Jeff Scott Soto for this release. Opens with acoustic guitars and then Soto comes in singing in a soft falsetto. The chorus brings harmonies and the bass and drum. From here on out, the tempo stays relatively consistent. Jeff does sound great, I’ll give him that, but the song is a little dull as it is too same-same sounding throughout. Even the solo is a little lifeless and boring.

END_OF_DOCUMENT_TOKEN_TO_BE_REPLACED

I was digging for records while on vacation down in St. Augustine, Florida and at one of the stores, I came across a vinyl that brought back so many memories.  I had this on cassette and I remember loving it and listening to it constantly.  I had to get it and at only $5, it was a no brainer.

The album is not something I normally buy and that is because it is a compilation album mixed with numerous artists.  The album was K-Tel’s “Master of Metal”!  Now, don’t let the name confuse you because it isn’t really that heavy or metal, but it was full of songs that I loved from bands that sometimes do much heavier stuff.  The album is from 1984 and had hit songs from some of the biggest bands at that time.

There were so many bands on here that had connections with each other.  Such as Black Sabbath is on it with Ian Gillan on vocals, Dio is on here and Ronnie James Dio used to sing with Black Sabbath, Rainbow is on here with Joe Lynn Turner and Dio sang with them as well.  Kiss is on here and so is Rush who opened for Kiss.  All pretty cool, but back in 1984, I had no idea about these connections.