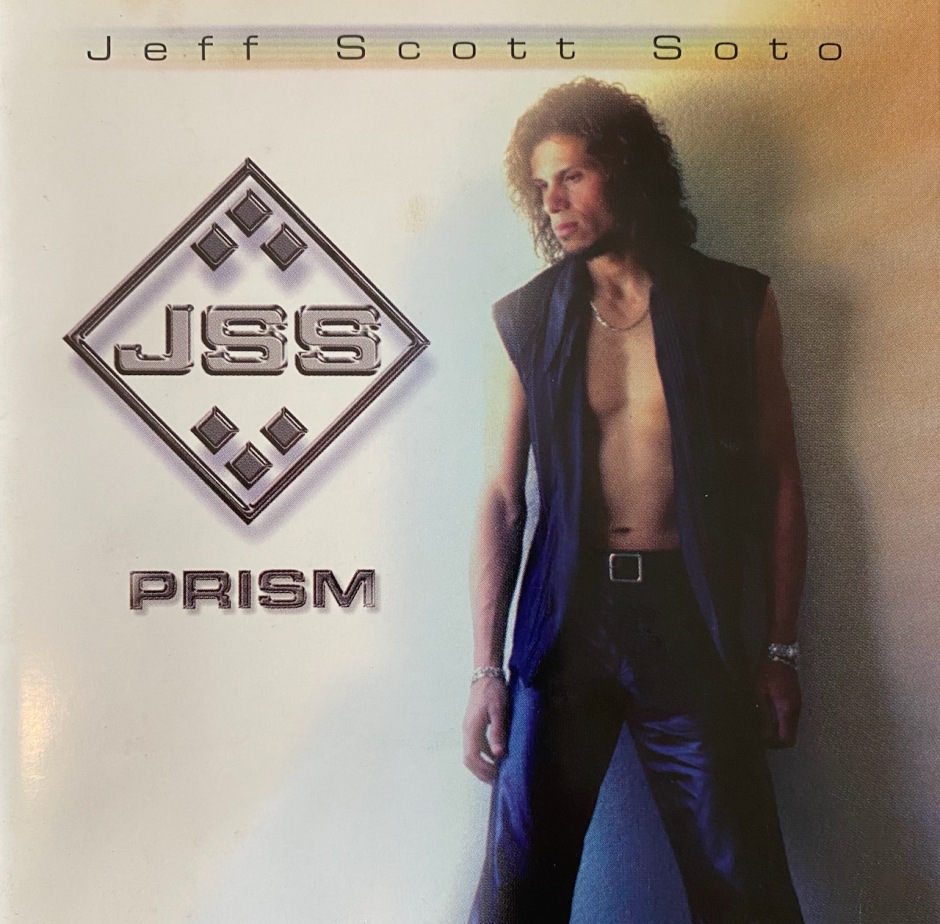 Rumors were flying that Jeff Scott Soto was going to leave The Boogie Knights and start concentrating on his solo career. Those rumors turned out true. Jeff started working with his Talisman bandmates on a side project called ‘Humanimal’ which was singed to Z-Records. Jeff was negotiating with Z-Records for a solo album and when things looked good and ready to go, Jeff and Z-Records split. Luckily, it wasn’t on bad terms as he continued with Humanimal until they had issues with Z-Records and that band was done.

Meanwhile, back on January 25, 2002, Frontiers Records had a press release that talked about them signing Jeff for his new solo album and if that was enough, they gained the rights to his debut solo album, ‘Love Parade’ and re-issued it as well. The new solo album was to be called ‘The Calm B4 The Storm’ and as Jeff has said, his earlier career was the Calm and what was coming after is The Storm. If Calm is being apart of 30+ albums over almost 20 years, I can’t wait to see what The Storm brings. However, that name was changed to Prism in parts due to where it was recorded, Prism Studios, and Jeff stating that is about a person that reflects many different lights. The album was released in December 4, 2002, I believe as I found the date on Discogs.

The new album was going to be done in the style of say Journey and Survivor which means it is power ballad heavy and not in a bad way. The songs were mostly done over the past few years for various projects that they didn’t quite fit so were never used and some new and all but one written by Soto. Jeff played most of the instruments and sang, but he was worried the label might not like that fact so he credited numerous fake people on the album. First is someone by the name of Michael Scott which is just Jeff’s middle name and his son’s middle name put together. He also credited two names that appeared in Jerky Boy’s episodes, Sam Isanogud and Mikos Scarbacci. There was also Jay Michael another reference to his son as well as Anthony Papa who is real, but didn’t actually play. That doesn’t mean there aren’t other musicians on the album because we do get Gary Schutt, Glenn Hughes and numerous Soto friends.

The album kicks off with the rocker, “Eyes of Love”, which starts with a quick a cappella vocal from Jeff and a blistering guitar riff that follows by Howie Simon and a great lead solo by Gary Schutt. It is AOR music at its best as Jeff slays on the vocals with such a melodic sound. Jeff is on bass, keyboards and drums and all sound amazing. A really rocking track and great way to kick off the album.

Then we go in to what might be one of the best ballads Jeff has ever written with “Heaven Knows”. With keyboard and guitar accompaniment, Jeff’s vocals soars through a song that Survivor would’ve taken to #1 on the charts back in the 80’s. The chorus is so engaging and contagious. The high notes are unreal and so smooth. Truly a brilliant track and one that will stick with you long after it’s over.

Another ballad is up next with “Don’t Come Easy” and starts off a little haunting and Jeff sings softly but still with so much power. Another track easily fitting in to the Journey mold or even Survivor again…hell even Foreigner could’ve had a hit with it.

Next up is “Don’t Wanna Say Goodbye” with more keyboards and yes, another ballad. I told you there were a lot. Nothing new to say as it is similar in style to “Don’t Come Easy” except maybe a little cheesier and cliched. It has that power build at the chorus and is your cookie-cutter track. Out of the 3 so far, my least favorite.

Then we get the funkiest track of the whole bunch which makes sense as it is a duet with the Voice of Rock, Glenn Hughes. The song is a Sly & the Family Stone cover of “I Want To Take You Higher” and Soto loves his Sly. The funky bass work on the album, surprisingly isn’t Glenn but is Doug McRoy from The Boogie Knights. The song is my favorite song on the album as it is a total blast and plus Glenn baby!! It gives us the variety the album needed.

“Holding On” is up next and we covered it last week with the E.P. release. It opens with keyboards and then Soto joins in and sings so heartfelt and tenderly. As the full band kicks in the song picks up momentum and turns in to a sort of power ballad. It has some great harmonies, some nice guitar work and overall is a great showcase for his vocals.

Then with “2 Late 4 Goodbyes” (and more Prince song spelling) we get a synth opener with some cool, spacey, airy sounds and some little guitar riffs sporadically thrown in for background noise. Then the band kicks in with some heavy keyboards and it could be an 80’s track for sure. Not quite a rocker, nor a ballad. A very radio-friendly AOR song with its catchy chorus. It isn’t bad, but it isn’t overly special either.

Next up is “Til the End of Time” and is back to the piano/keyboard power ballad. It is a little overly dramatic as it is trying to pull at the heart strings. When the power kicks in, the song lifts up to more a rocker, however, still has that tenderness in the vocals. Jeff sounds great…but more of the same.

“How Long” opens as more of a rocker with a cool riff and the energy we needed at this point. The chorus is perfection…a Journey inspired chorus with great harmonies. It is memorable and contagious and catchy as hell. Some great guitar work by Jeff and Gary Schutt on lead and I like the drums as well (by Jeff). Finally another rocking track as there aren’t enough on here.

Up next is “By Your Side” and back to the power ballads we go. An acoustic song and Jeff’s vocals are freaking unbelievable on this one. His vocals are so smooth and delivery is effortlessly. The harmonies are sick and the sonics of the song are so different than the other ballads on the album. Really slick and stunning especially the acoustic work which was done by Jody Whitesides and Howie Simon

The final track is “Don’t Walk Away” and guess what…it is a ballad…Wow! Never saw that coming. Another soft opening with some nice percussion sounds popping in and out. Jeff sounds good, of course, but too one dimensional throughout and no real punch or highlight that lifts the song up above the rest of the ballads on here. It isn’t a bad song by any means…on the average side is all I’m saying.

The Track Score is 9 out 11 Tracks or 82%.  My only complaint is that it is a way too ballad heavy.  And that is it.  The ballads are all good, some are great and some a little less so, but I wouldn’t delete any of them so that says a lot.  You get 2 fantastic rockers with “Eyes of Love” and “How Long” and the Sly cover with Glenn Hughes duet is a certainly a highlight for me.  And a few of Jeff’s best ever ballads are on here with “Heaven Knows”, “Holding On” and “Don’t Come Easy”. Okay, I would have to throw “By Your Side” in to that mix as well.  Jeff’s vocals are fantastic and no denying his greatness with this one. This AOR/melodic side is where I think his vocals really shine.  My Overall Score is a 4.0 out of 5.0 Stars even if there are too many ballads.

The CD does have a bonus music video for the song “Eyes of Love” which you can catch up on the review of the song above.

Thanks for stopping by and see you next review next week…