Happy Friday and welcome to another Friday of New Releases.  If you like hard rock and heavy metal, might be a good week for you…otherwise, not much else.  For me, it is slim pickings this week with only 2 I am mildly interested and a decent Tom Petty greatest hits collection.  Outside of that, nothing else for me. My choices are in Blue.  Let me know if there is something you like or anything I missed.  Thanks and have a great weekend.

END_OF_DOCUMENT_TOKEN_TO_BE_REPLACED

Have a seat and prepare to stay awhile.  There are a ton of releases this week and the most we have had on the list in quite awhile.  A lot of these are throwback artist that have been around a very long time and it is awesome to get some new releases from them even if there are some greatest hit type packages.  My favorites are highlighted in Blue.  Let me know what you are interested in or if I missed anything.  Thanks and have a great weekend!!

END_OF_DOCUMENT_TOKEN_TO_BE_REPLACED

It is about time I did a Tom Petty collection of memes.  I know you have been wanting one and so have I.  So here they are!  Sit back and let’s celebrate all that is Petty…Tom Petty that is!!  Enjoy!

There were so many to choose from and mostly they were about the songs, so here we go… 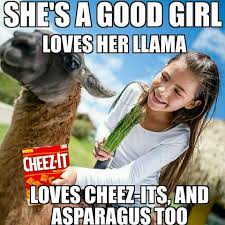 END_OF_DOCUMENT_TOKEN_TO_BE_REPLACED

On July 4th, I wasn’t feeling well and decided to sit and watch the Tom Petty & the Heartbreakers documentary called Runnin’ Down a Dream that is now streaming on Netflix.  I figured I might as well watch one of America’s greatest rock bands ever on our country’s birthday.

The film is by Director Peter Bogdanovich and released in 2008 by Warner Brothers.  When it was originally released it was as a 4 disc box set with the first 2 DVD disc being the movie, the third DVD disc was the 30th Anniversary concert and the fourth disc was a CD of rare tracks.  I just might pick this up if I see it when I am out.

Now be warned, if you plan to watch make sure you have 4 hours available because once you start there is no stopping.  The 4 hours flies by as this documentary is so entertaining mixed with great interviews and great footage of the band’s history. Any fan of Tom Petty should check it out as you will not be disappointed.