Before I get to the next studio album in the Billy Idol series, I thought I would throw in a bonus Generation X Bootleg album out of Italy.  This 2LP Set is called the BBC Transcription Disc Series No. 126 – 1978.  It is live show from December 8th, 1978 out of Sheffield, England.  It is an unofficial release so therefore, a bootleg.  And it is fantastic.

I was in New York at this great little record store in Greenwich Village and came across this disc.  I was talking with the clerk asking about any Generation X on vinyl and he told me I needed this one and man he was right.

Generation X was criticized on their studio albums for trying to be more commercial than Punk.  Well, the live album shows they were a real Punk band.  I find this live show to really show off what this band was all about.  You can hear the attitude in the guitar playing and the drumming.  And of course, Billy’s snarling and attitude is pure punk with a big FU to everyone.

END_OF_DOCUMENT_TOKEN_TO_BE_REPLACED

After the moderate success of their debut album, the band went in to record their sophomore album with famed musician and producer, Ian Hunter.  Yes, the Ian Hunter from Mott the Hoople.  The album would come out just a few months later in January 1979.  Before the album was released, the record company, Chrysalis, came to the band and basically told them, the album better succeed or they were to be dropped from the label…no pressure.

The album was quite different than the first album.  It had some of the punk sound from the first album, but there were elements of some glam (thanks to Ian) and even more of an American sound ala Springsteen (or at least what they felt was like Springsteen). The songs were a little more complex than the first album and the writing was more mature, but I am not sure it was good yet.

The two writing contributors were Billy Idol and Tony James so everything was based around what they wanted.  Heck, in fact when promoting the debut album, it was only Billy sent to America to promote it.  That started putting thoughts in Billy’s head about what he could do on his own. However, on this album, most of the influence on the album seem to be coming from Tony (he even picked the producer).  It was the start of things to come.

END_OF_DOCUMENT_TOKEN_TO_BE_REPLACED 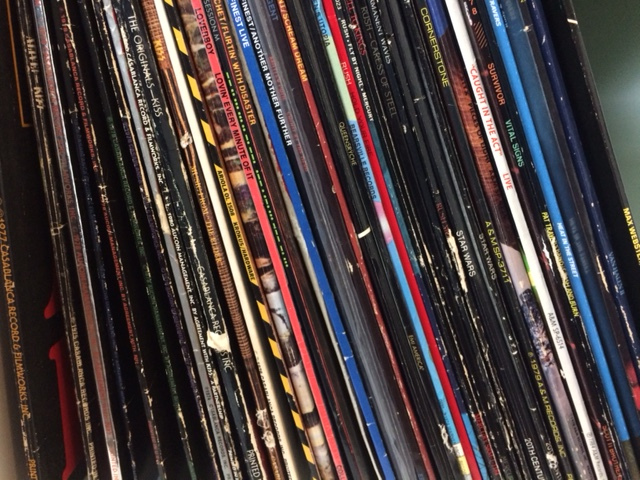 I have a question for everyone out there that shops for vinyl…I am going to be in New York City in a couple weeks so what are a couple good record stores for me to visit?  There has to be some special place you like to go.

I am looking for old vinyl, bootlegs, anything that is Rock from the 70’s, 80’s and even 90’s.  Maybe even some Punk would be good.  I would even like some old 45’s and some used CDs would also be nice.  I am looking for a cool place to get lost in for an hour or so, I think that is all the time my family will allow me to browse around.

I can look stuff up and see what is out there, but what I want are places people have actually been to or heard about.  Any advice would be greatly appreciated, just leave me a comment.  Thanks in advance.