I came across this 12″ Single in someone’s collection I was buying and I knew I had to have it.  I am rocker at heart, but this hip hop version of a classic Aerosmith song is quite groundbreaking and I knew I needed it in my collection.  Mainly, because it adds to my Aerosmith collection as I don’t really have a Run DMC collection (until now I guess).

“Walk This Way” was released back in 1975 (and re-released in 1976) and reached #10 on the Billboard charts.  The song is off the band’s album “Toys in the Attic” (great album by the way, but that is for another day) and it is that producer Rick Rubin pulled out and played for Run DMC while they were recording their album “Raising Hell” back in 1986.  The band had sampled the song before, but didn’t know the song.  Rick suggested the band cover the song, but the band was not too keen on the idea except for Jam Master Jay.

The band recorded the song and even were able to get Steven Tyler to sing and Joe Perry to actually play on the track.  I said earlier it was a groundbreaking song and that was because it was really the first big hip hop & rock collaboration that crossed-over into the hip hop world and to the rock & pop world.  The song helped take hip hop and rap mainstream.

END_OF_DOCUMENT_TOKEN_TO_BE_REPLACED

I have a question for everyone out there that shops for vinyl…I am going to be in New York City in a couple weeks so what are a couple good record stores for me to visit?  There has to be some special place you like to go.

I am looking for old vinyl, bootlegs, anything that is Rock from the 70’s, 80’s and even 90’s.  Maybe even some Punk would be good.  I would even like some old 45’s and some used CDs would also be nice.  I am looking for a cool place to get lost in for an hour or so, I think that is all the time my family will allow me to browse around.

I can look stuff up and see what is out there, but what I want are places people have actually been to or heard about.  Any advice would be greatly appreciated, just leave me a comment.  Thanks in advance.

Rick Springfield has a new album coming out on January 26th, 2018 called ‘The Snake King’.  If you are expecting a “Jessie’s Girl” pop album you will be sadly disappointed. Rick is exploring his rock side.  Even more, he is going back to his early influences and it is a more Blues-Rock oriented album.

The first single, “Little Demon”, is a wonderful example of that sound.  It is a hard, rocking song with some heavy blues influence.  Rick sounds great and he can still deliver the goods.  The highlight of the song is the music as you can see below, there are not a ton of lyrics.  The song is very guitar heavy and at over 5 minutes  is a really long song that we are not accustomed to from Rick.  He is definitely stretching himself artistically and if this is an example of what is to come on the album, we are in for a treat.

I am well aware that Rick can bring the rock as he did just that with his album Shock/Denial/Anger/Acceptance which is my favorite album of his.  I wasn’t sure he could pull of the blues as well, but I have to say I wasn’t disappointed.  His voice is gritty enough now to pull off the vocals and the team surrounding him has done a great job musically.  Is it the best blues song I have heard and the most authentic, no.  However, if you are a fan of Rick Springfield, it is a great rock song and you should be able to get on board with it.  I do like it better than anything on his last release so that is a good sign.

END_OF_DOCUMENT_TOKEN_TO_BE_REPLACED

Hellyeah’s fifth studio album is ‘Unden!able’ and it is undeniably fantastic (sorry, had to do it).  It is the best album they have done to date.  It is heavy, hard and pounding but melodic at the same time.

I have had the album for 2 weeks now and have really spent a lot of time absorbing it’s greatness.  It is funny how the older I get, the heavier I tend to like it (there are so many ways you could take that).  When I was younger, I wouldn’t have given them a listen, but now I can’t get enough.

The album opens with the intro “!” and slowly builds to the hard-driving song “X”.  The song will get your blood flowing with the pounding Vinnie Paul drums and Chad Gray’s vocals.  He is in top form with his gravelly, semi-screaming vocals.  He sings with such power and intensity throughout this album.

END_OF_DOCUMENT_TOKEN_TO_BE_REPLACED

Scorpions first album came out in 1972.   35 years later in 2007 they did something I never expected.  They released an album that for me was a big surprise. This is not the typical Scorpions album you are used to hearing.  They made an album that sounded like a modern rock album but there is still the Scorpions sound.  After their last few albums, my expectations were low as they I feel they have struggled to find themselves since the mid-90’s.

The album is different than their other albums as it is a concept album.  Per the band’s website:

Humanity: Hour 1 is a concept album based on a loose storyline by Desmond Child and futurist Liam Carl, which predicts a world torn apart by a civil war between humans and robots. This apocalyptic nightmare serves as a warning shot to all humanity, whose only hope of survival is to reclaim our humanity.

END_OF_DOCUMENT_TOKEN_TO_BE_REPLACED

I am finally getting around to reviewing the fourth album from Sixx:A.M. – Prayers for the Damned on Eleven Seven Music.  I have to live with an album for a few weeks before I can accurately determine what I like and what I don’t about an album.  I can say there is not much I don’t like about this album.

Prayers for the Damned is the best Sixx:A.M. album to date.  As I mentioned in an earlier post, I thought Sixx:A.M. was going to be a one-off project for Nikki Sixx and now I see that they are for real.  You think I would have caught on after the second album or even the third.  I guess it helps that Motley Crue is no more so that makes me feel this is no longer  a side project as well.

The band consists of Nikki Sixx, DJ Ashba, James Michael, and new drummer Dustin Steinke.  I feel they are clicking so well as a band on this album and it shows in the quality of the songs and the tone of the album.  The songs are pieced together nicely and the flow of the whole album works with just minor hiccups.

END_OF_DOCUMENT_TOKEN_TO_BE_REPLACED

For my first Top 10 List, I am going to choose the band that started it all for me…KISS! When I was a kid, it was all about Kiss.  My brother, Gary, had his entire walls in his bedroom (sort of bedroom) covered with pictures of Kiss.  My other brother, Jimmy, and his friends dressed up as Kiss and made their own costumes.  How could I not be influenced to like them.

I have seen them in concert at least a 1/2 dozen times with and without make-up.  Sadly, the with make-up was only after they put the make-up back on for the reunion tour.  I was too young to see them early on.

Everyone has albums they love and hate for Kiss.  For me, there are definitely 10 albums that I think are good enough to be on the list.  For this list, I will actually include a live album and I will explain why later.

Here are my Top 10 favorite Kiss albums and why:

END_OF_DOCUMENT_TOKEN_TO_BE_REPLACED

“Piece of My Heart” – Janis Joplin

END_OF_DOCUMENT_TOKEN_TO_BE_REPLACED 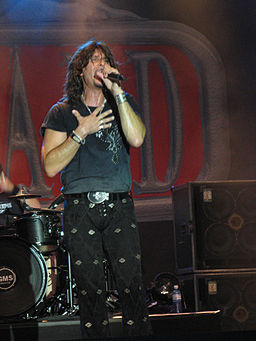