The Remaining Favorites In No Particular Order: 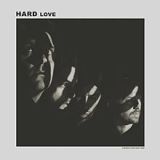 Needtobreathe – Hard Love (Atlantic Records):  You could categorize the album as Rock, but the album was too Pop Rock for me.  The use of a drum machine and the dance feel of some of the songs made me pick this category. Regardless, the album is exceptional and nice to see them be a little happier after their last album.  I really enjoyed “Clear”, “Happiness”, “Great Night” and heck, I enjoyed almost ever song.  Definitely a Top album of the year.  Read my review here.

Carey Durham – Mr. Music (Carey Durham):  Carey Durham shows you how to make a great album with this one.  It has R&B, Hip-Hip, old school Crooning, Pop and a little bit of everything. His singing is exceptional and his violin playing is outstanding.  There is a little something for everyone on this album.  The standouts for me were “The Music”, “Radio”, “Get Her Back” and “Aintcha Fool”, but you can’t go wrong with any song. You can see my review at this link and my Interview with Carey Durham at this link. 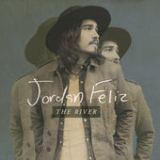 Jordan Feliz – The River (Centricity):  Every once in a while someone special comes along that you instantly connect to their music and for me that artist is Jordan Feliz.  His album was a breath of fresh air.  The songs spoke to me and delivered such a strong positive message.  Jordan is a Christian artist and his music celebrates that fact.  The song “The River” is one of my favorites of the year.  But with songs like “Never Too Far Gone”, “Best of Me” and “Beloved”, you will have more than one song to be your favorite.  Check out my review here.

Gwen Stefani – This Is What the Truth Feels Like (Interscope Records):  It was nice to see Gwen back on the music scene.  The No Doubt front woman comes out strong with “Used to Love Me”.  The song obviously about her divorce from Bush front and Gavin Rossdale.  The album had a personal feel on a lot of the songs and they were all delivered in pure Gwen fashion. Other favorites were “Misery”, “Make Me Love You” and “Naughty”.

The Afters – Live on Forever (Fair Trade Services):  Another Christian act makes my list.  The Afters brought a different sound that was a little more rock than usual and that is fine with me.  The album opens with one of their strongest songs, “Shadows” and the greatness continues on “Battles” and “Live On Forever”.  This might be the best album they have done.  Check out my review here. 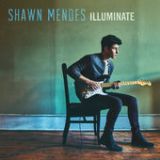 Shawn Mendes – Illuminate (Island Records):  This one is here because of my daughters. They love him and I took them to see him last week to see him in concert.  The boy has some talent.  The album is actually pretty great.  The opening track “Ruin” sounds like John Mayer with his guitar playing.  The 2 singles “Mercy” & “Treat Her Better” are bout outstanding songs.  “Mercy” being my personal favorite.  Other standouts are “Roses” and the soulful “Don’t Be A Fool”.  Worth a listen. 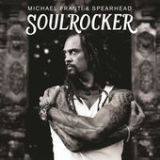 Michael Franti & Spearhead – SoulRocker (Boo Boo Wax):  I wasn’t sure how to classify Michael Franti.  His music fits so many different genres and each is spectacular.  His music is always positive and has a folk, reggae, hip hop feel that pulls you in.  I have enjoyed this so much I went out and visited his back catalogue which is equally amazing.  Songs of note are “Crazy for You”, “Good to Be Alive Today”, “We Are All Earthlings”, “Once A Day” and “My Favorite Wine is Tequila”.

The Weeknd – Starboy (The Weeknd XO):  There is something about his sound and his voice I like.  I was eager to hear this album after the success of his last album.  I wasn’t disappointed.  “Starboy”, “False Alarm” and “I Feel It Coming” all are great songs.  He works with Daft Punk on a couple songs along with Lana Del Ray.  There are 18 songs which is too long of an album, but there is enough on here that makes this well worth the experience.  This video is awesome too!! 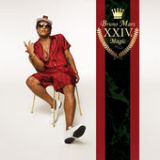 Bruno Mars – 24K Magic (Atlantic Records):  Bruno is back better than ever.  This album starts off just like “Uptown Funk” with the title track “24K Magic”.  The album has an overall R&B feel from music of the late 80’s/early 90’s. I could feel Michael Jackson on “Too Good To Say Goodbye” and “Versace on the Floor”.  The song “Perm” just screams James Brown.  Overall, it is just a fun ride like you come to expect.

These are albums that just missed the cut for the Top 10. I hope you enjoy these as well as they are just as good as the others.

Joseph – I’m Alone, No You’re Not (ATO Records):  These young ladies probably should be in the Top 10.  They harmonies are great and the songwriting right along with it.  An entertaining album from beginning to end.  I love the songs “SOS (Overboard)”, “White Flag” and “Canyon”. 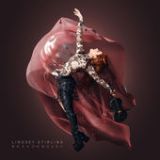 Lindsey Sterling – Brave Enough (Lindseystomp Records): Lindsey is such an incredible violinist and she steps it up a notch on this album. She is definitely striving for a more pop oriented sound and there are more guest vocalist than her last album, but it doesn’t take away from her talent.  If you want something a little different, this is for you.

Miranda Lambert – The Weight of These Wings (Vanner Records):  This album just came out in November so I haven’t fully digested it, but it is sensational so far.  It might need to be in the Top 10 after a few more listens, for now it will be here.  This 2CD set is simply amazing.  Miranda is the only thing left about country music that I like.  She is what that genre needs to push it forward.  Songs like “Tin Man”, “Vices”, “Pink Sunglasses” and “We Should Be Friends” are nothing but the best from her.

The Monkees – Good Times! (Rhino Entertainment):  I have a major soft spot for The Monkees as they were the first vinyl album I ever got.  This album brings back that old Monkees’ sound and I enjoyed the album so much. I loved “You Bring the Summer”, “She Makes Me Laugh” and “Me & Magdalena”.  Overall a fun album.

Thirdstory – Searching E.P. (The Verve Music Group):  I know this is only a 3 song E.P. and not a full album, but these 3 songs were fantastic.  The harmonies and voices of these 3 guys are unfreakin’ believable.  I can’t wait for a full album.  “Searching for a Feeling”, “Grows Old” and my favorite “G Train” are some of the best of the year.  If this was a full album, it would be in the Top 10!!!

Switchfoot – Where the Light Shines Through (Vanguard Records):  Another band that could fall in the Rock category, but I think this fits them better.  This had a couple of my favorite songs of the year with “If The House Burns Down Tonight” and “Looking for America”.  A couple of other notable songs are “I Won’t Let You Go” and “Live It Well”.  The album rocks out and slows it down all with great songs and messages.

That is all I have.  I couldn’t come up with 10 Honorable Mentions that I thought were worth being listed.  I find myself listening to less pop music nowadays as I am getting older and can’t connect so much with it.  However, if it is really great than I am sure I will listen to it.  There are probably a lot of albums that should be on this list that I never got around to listening to and hopefully, someday I will.

Zayn – Mind of Mine (RCA Records):  After the single “Pillowtalk”, I had hopes for a great album from the former One Direction star.  However, “Pillowtalk” was the only good song on the album.  The rest almost put me to sleep.  Even my kids hated this one. 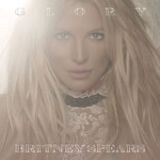 Britney Spears – Glory (RCA Records):  After the disappointing album Britney Jean, I was hoping for something better.  I was sadly disappointed with Glory.  The singing is subpar and computerized and the songs are all awful with the exception of “What You Need”. Britney needs to stick to her Vegas show and live off that because new music is not working for you.

2016 is about over. I hope 2017 will bring some great new music.  Up next week will be the Top Songs of 2016.  I hope you will come back and check them out.  Tell me what your favorite albums were.