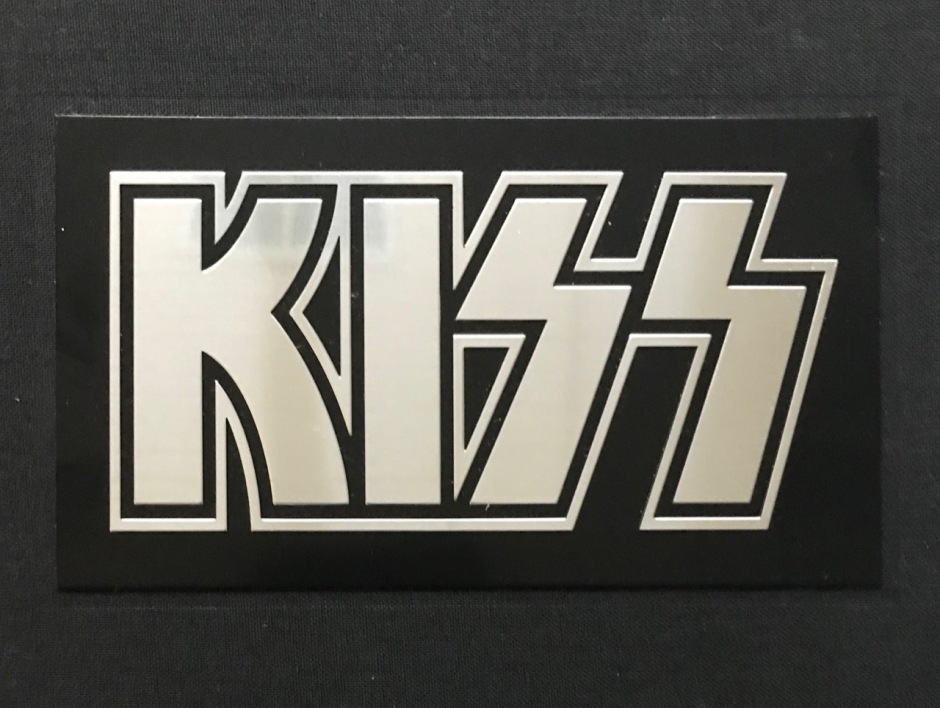 I didn’t buy this when it originally came out as I was not a in a good music place at the time.  My music buying was limited.  So, now that I wanted it, I had to search for it, find one in good condition and find it at the right price as some of the prices were RIDICULOUS!!!

Lo and behold, I was at a record show here in Charlotte and a guy had one for sale.  Actually, he had two.  One was in the guitar case, CDs still sealed and had the hard back book, but I didn’t want to spend that much dough, when I could get this version for a fraction of the price. Plus, I wasn’t paying a premium for sealed CDs as the seal doesn’t last long on my collection. I listen to my music.  As much as I want the guitar case version, my wallet decided this was the better way to go. Sometimes my wallet is smart and other times, he wants to spend, spend, spend.

The Box Set by Kiss was released on November 20th, 2001 and consists of 5 CDs spanning their entire career (up to that point) and a paperback photo book which we will get to in a minute.  I will review all 5 CDs individually over 5 different posts over the next couple of months.  For now, we will talk about the overall box set and the packaging. 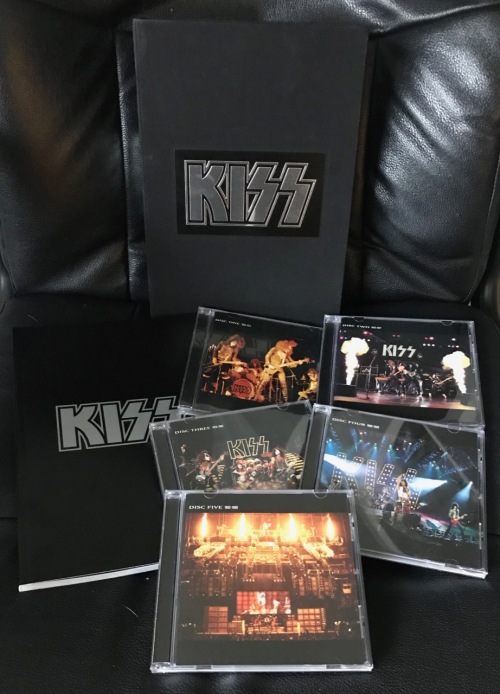 The CD’s span different eras of the band and there are 5 discs full of music.  The Box Set includes 94 tracks,  which consists of 30 previously unreleased band and solo demos as well as outtakes and live recordings.  The other 64 tracks are songs selected from each of the band’s albums except for Gene’s solo.  From that one you get a demo. 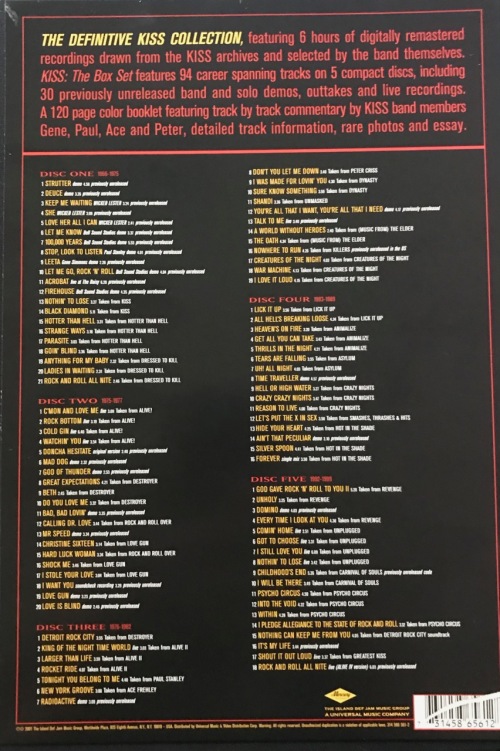 That is a lot of stuff.  Here are the discs… 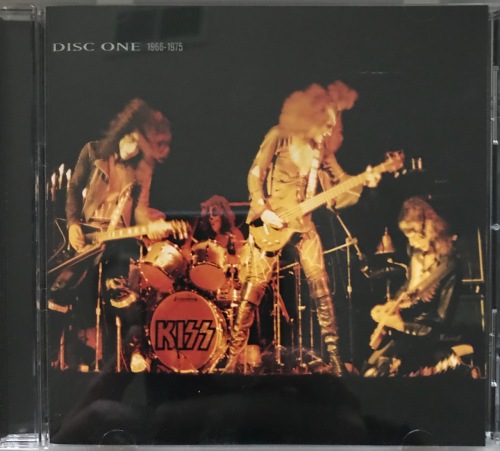 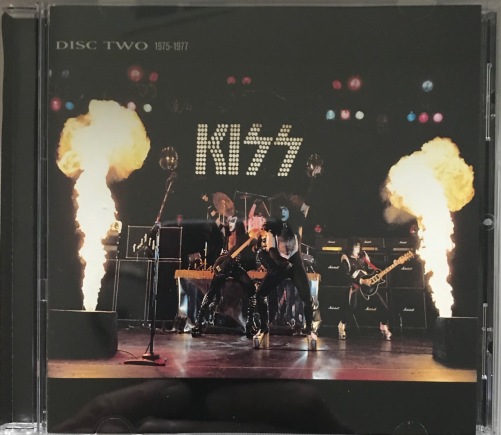 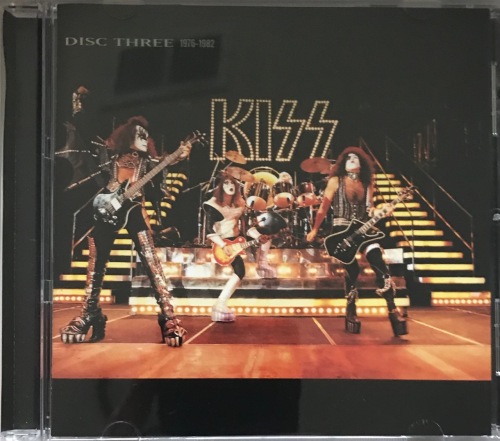 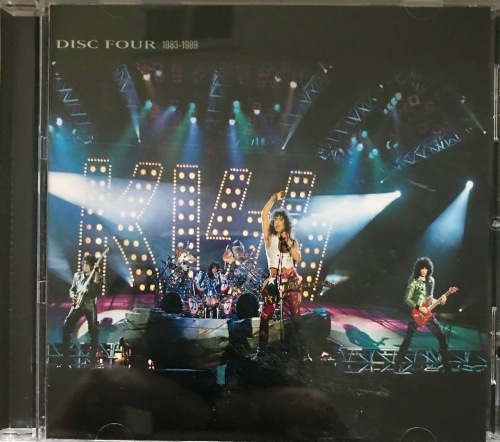 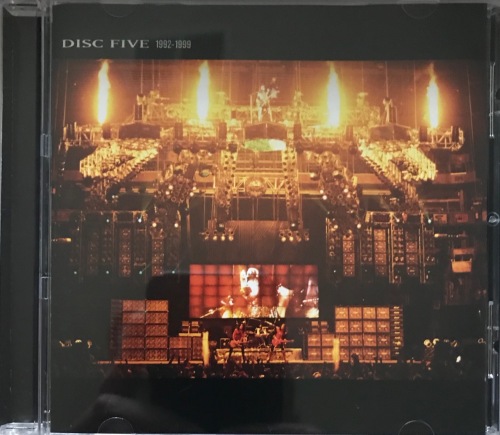 You also get a 120-page color booklet that contains track-by-track commentary by the band, detailed track information, photos and essays.  I loved the commentary and getting all the tidbits of information on the songs.  The pictures are stunning and the book is really high quality as it is with everything the band does.

Here are some pictures… 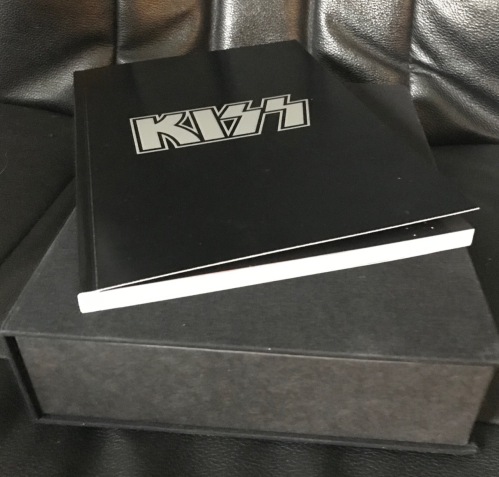 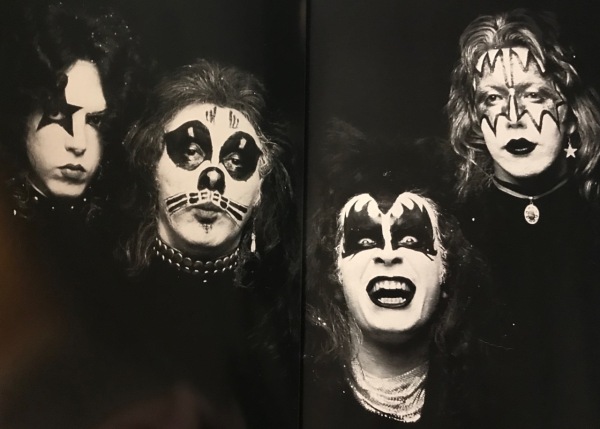 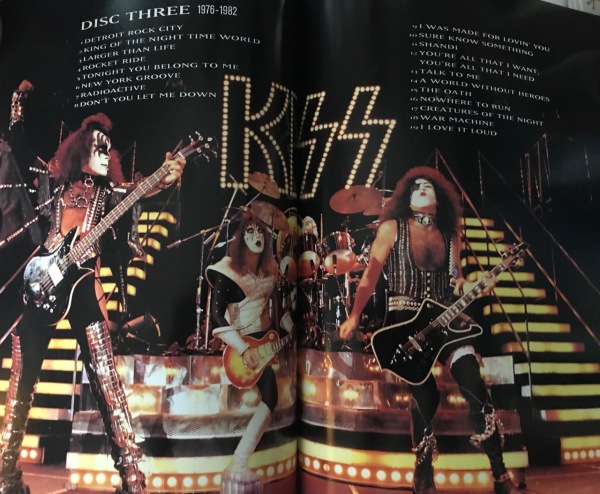 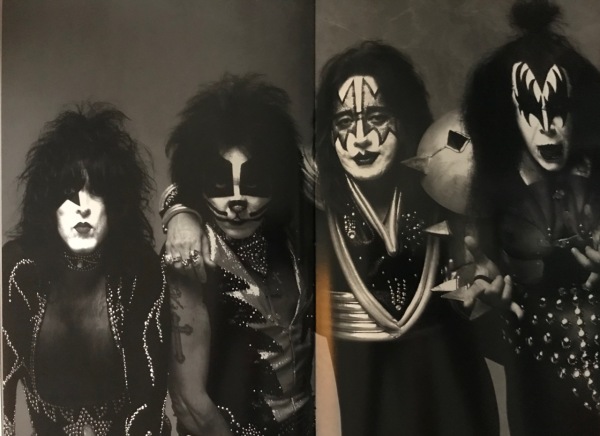 I had to have my daughter hold it open to take the pictures as the book hadn’t really been viewed and was nice and stiff.  I was able to edit out her fingers.

The package comes in a nice box with a red velvet insert to hold the disc.  It is really a nice little set up. 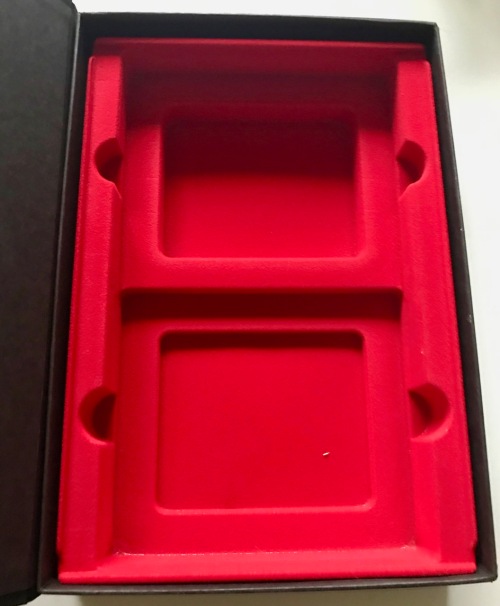 And then on the spine of the box, the Kiss logo is in engraved into the fabric for a nice shiny feel.  You can feel the grooves.

For the packaging and the photobook, I will give the set a 5.0 out of 5.0 Stars.  It is what you would expect from a Kiss Box Set. Now for the music, I will review over the next 5 posts and rate each disc separately and then a final Overall Score on the last post.  There will be 6 parts overall (this is part 1) to this series and I hope you enjoy them all as much as I will going through them.  Thanks for stopping by and until next time, have a great day!