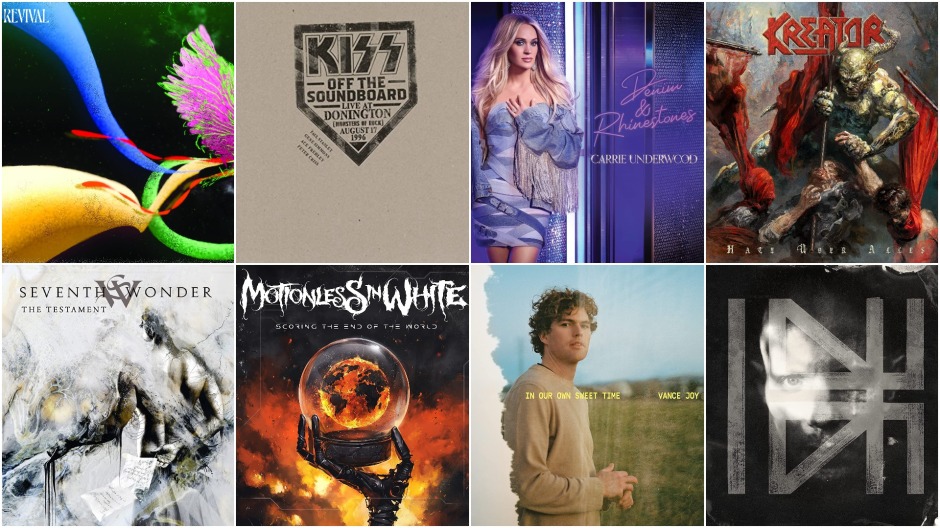 Another Friday and thankfully another weekend! To make that weekend even more enjoyable, we have brought you another batch of releases. With over 40 to choose from, there is bound to be something to your liking. If not, sorry…I did my best!! I only have one I am interested in and if you follow this site, it will be obvious which one that is…plus it is marked in Blue. Let me know what you want to hear or what may have been left off the list so everyone knows to expect it. Thanks for stopping by and I hope you all have a wonderful weekend!!

And All the rest…

END_OF_DOCUMENT_TOKEN_TO_BE_REPLACED

Finally…a good week of releases…at least for me.  There are at least 4 I am wanting to try out before I slam down some buckaroos.  Thank goodness for streaming.  There is a ton of Rock this week and a little pop and christian music as well.  Hopefully something to pique your interest.  Let me know what you want to hear this week or if I missed anything.  I hope everyone has a wonderful weekend and Happy Listening!!  Oh, I almost forgot…my choices are highlighted in Blue!