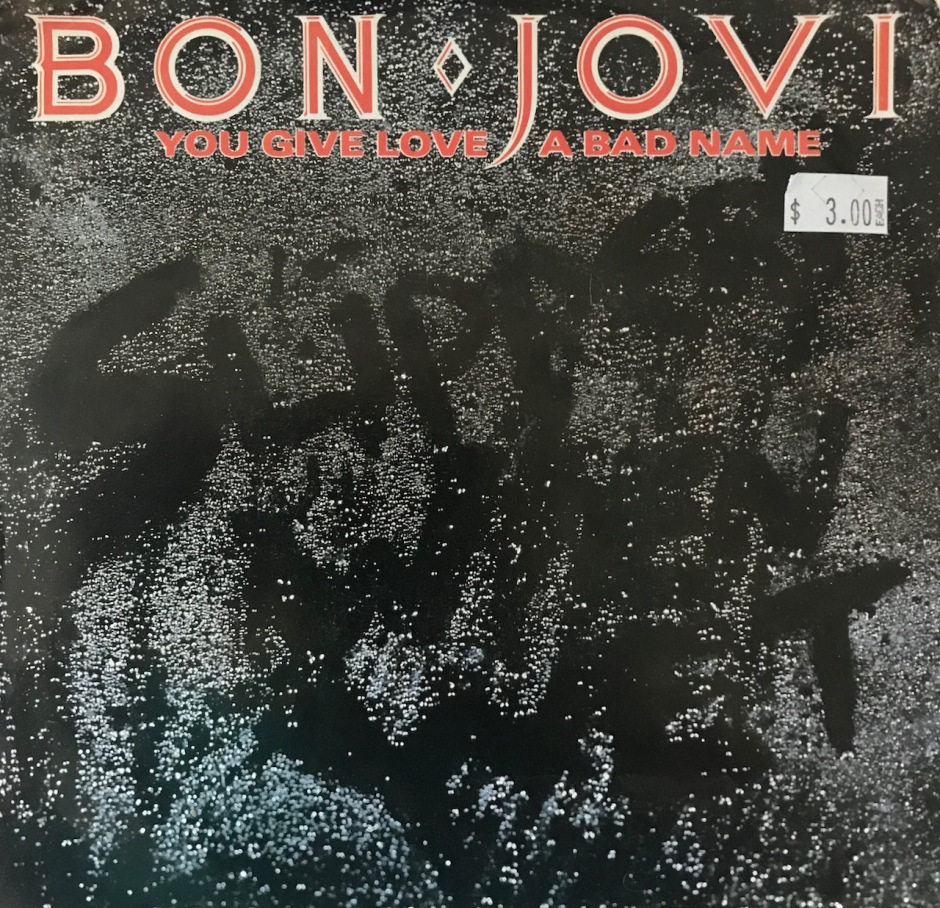 In my quest to find good homes for 7″ Singles with picture sleeve covers, I came across another Bon Jovi single. This time around it is for the song “You Give Love a Bad Name” off their mega-selling album “Slipper When Wet”. It was the first single off the album and was the band’s first #1 single and wouldn’t be their last. The song was written by Desmond Child, Jon Bon Jovi and Richie Sambora and is about a woman who has done her lover wrong. So wrong that she gives love a bad name.

An interesting note about the song is Desmond had written this song for Bonnie Tyler, but it was called “If You Were a Woman (And I Was a Man)” which had completely different lyrics. The song did poorly so he brought it to his writing session with Jon and Richie and pitched it. They completely re-wrote the lyrics and turned it in to the big hit it is today.

The single I have is the standard U.S Release which was released on July 23, 1986. The B-Side is also off ‘Slippery When Wet’ and is the song “Raise Your Hands”. The picture sleeve I have is in great shape and the vinyl is clean and sounds great. For being 36 years old, I would say it is in pretty great shape.

END_OF_DOCUMENT_TOKEN_TO_BE_REPLACED 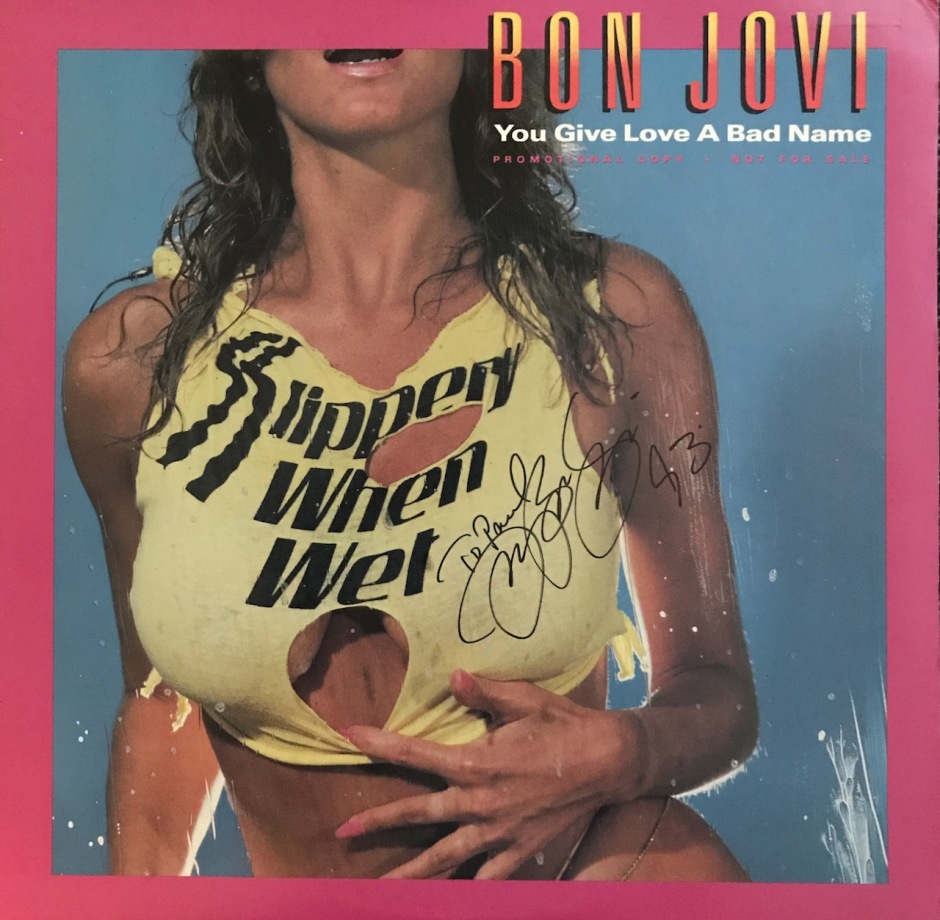 Back before Christmas, Noble Records here in Charlotte came across an amazing Record Collection that was being sold and it was filled with so many rare and amazing rock and metal albums. He naturally bought it and offered it up in his store in a huge release on December 12, 2020. He called it Metalocalypse or something like that. It was full of great stuff and worth getting up and being in line almost an hour before opening and I was’t alone. I was sadly, about 20th in line and as a result I didn’t get everything I wanted. But there was one thing I saw on his instagram posts and videos that caught my eye and I was able to grab it.

That was a Promotional Copy of Bon Jovi’s single “You Give Love a Bad Name”. Doesn’t sound like a big deal does it? You’d be wrong because this is special for two reasons. First, It has the original banned album cover as the single cover art work. The woman in the wet T-Shirt. Yeah, I’ll take that shot any day. But that wasn’t the only thing cool about it. It was also autographed by Jon Bon Jovi himself. Of course, it is made out to Paul who was the gentlemen that originally had these albums. He owned a record shop back in the 70’s, 80’s and early 90’s as that was the time frame of most of his albums. I am glad that I have one of his pieces and he can be happy it is with a fellow music lover. Paul has since passed away which is the reason the collection was up for sell.