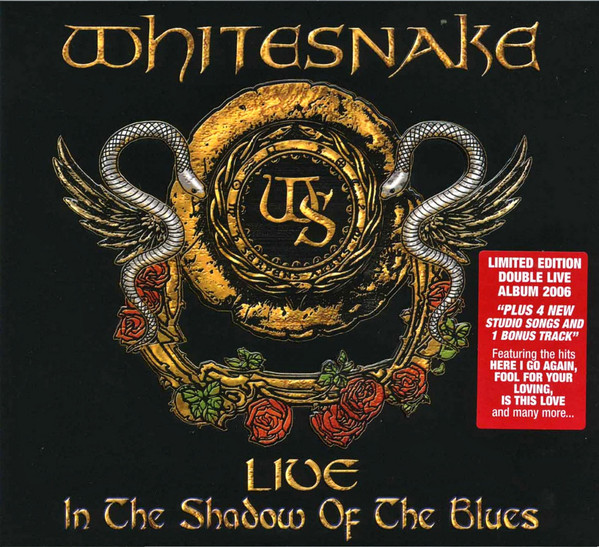 In just 9 months after the release the live DVD…’Live…In The Still of The Night’, the band releases another live album.  Released on November 24th, 2006 is ‘Live…In The Shadow of the Blues’.  Surprisingly, this album never got an official release here in the U.S. and I am hurt by that, but I got over it.  This is the band’s third live album with the whole ‘Live…’ set up as the first was ‘Live…In the Heart of the City’ back in 1980.  However, it is the technically the fourth live album thanks to ‘Starkers in Tokyo’.

Now, I am a little baffled as to why release another live album so quickly after the DVD release.  It doesn’t really make any sense.  Especially since the band’s line-up is relatively unchanged with the exception of bass.  On bass for this set is Uriah Duffy and the last one was Marco Mendoza.  Otherwise, the players are the same…

Let’s talk about the positives with this set.  You do get 20 songs from various shows.  And most importantly, you do get 4 brand new songs written by David Coverdale with his new partner in crime, Doug Aldrich.  We will review those songs in detail, but before we get to those songs, let’s go through the live set a little.

The selection of songs is actually wonderful.  I can’t complain about the setlist as they cover basically every era of the band including Deep Purple.  But there are some issues for me.  One, this isn’t from one live show.  These are taken from various shows on their Japan, Europe and UK Tour in 2006.  And to make it even stranger, they didn’t even have the decency to put it together like a an actual show such as “Burn/Stormbringer” usually opened the show and it is the first track on Disk 2 which is 14 songs in to the CD.  Something else that was weird to me was that all the songs from ‘Slide it In’ are together on tracks, 2, 3 & 4.  Why bundle them together? That is not how they were done on tour. 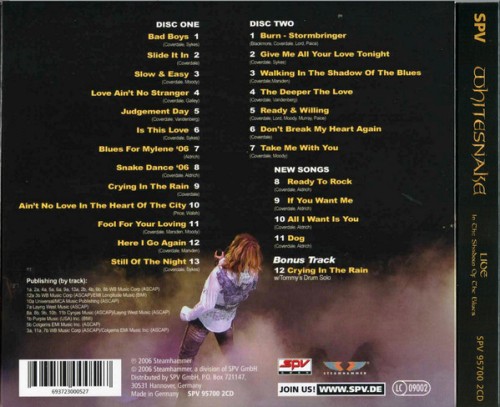 Now the songs do sound great.  The show is well produced and put together, but it didn’t strike me as having the heart of a live show because it was too pieced together and not in the right order or flow of the shows.  Plus, every song that was on the prior DVD is on here, with a few extras including “Slide It In”, “Slow & Easy”, “The Deeper the Love” and “Walking in the Shadow of the Blues” – Those are the only songs here worth getting.  And one more thing, the Bonus Track here is the full version of “Crying in the Rain” with Tommy’s drum solo.  Why not make Track 9, the full version and push a song or two to the second disk.  I don’t get having it twice.  So many weird things for me on this one.

I’ll be honest, the only reason to buy this set is for the four brand new studio tracks.  And first up is “Ready to Rock”.  The song comes out swinging, it is hard and heavy. More hard rock and less blues in my opinion. It has all the elements of the late 80’s Snake, but not enough modern sound as we are now in 2006 and I would’ve hoped for more growth.  Doug isn’t bad on guitar, not by any means, but there is nothing that makes it standout.  He seems to have more heart in his live performances.  David sounds really great, maybe a little too many effects on his vocals, but he still has it.  He still has that little grit to his vocals which I love. 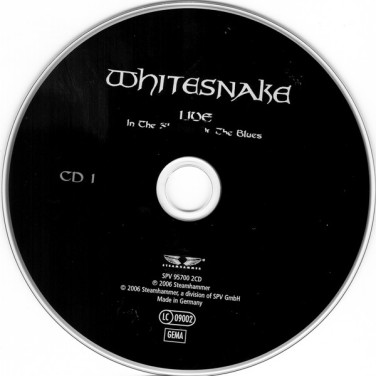 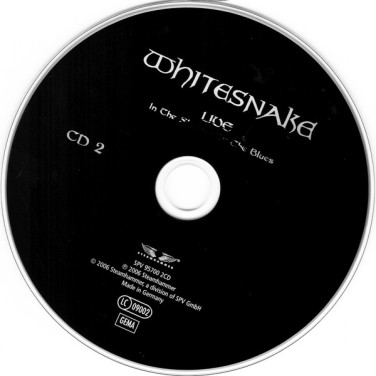 Next track up is “If You Want Me” and it is little dirtier then the prior song.  More bass in it and just feels nasty which I like a lot.  The guitar solo is better on this one and David is again on fire.  This is what I would hope for from a Whitesnake album.  If this is the Whitesnake that is to come, I am on board with this new line-up.

Then we get a ballad, of course.  This one is called “All I Want Is You”.  Sorry, but I don’t like this one. It sounds too much like every 80’s ballad they have ever done.  And David doesn’t feel it, he isn’t selling it with his vocals.  It is not one of their best and it goes on way too long.

And the last track we get is “Dog” and thankfully the really deliver with this one.  It is a firecracker of a song and has that classic Coverdale Howl!!!  Great guitar riffs and Tommy destroys the drums as that man can hit hard.  It has so much bite and is a straight-up rocker.  It has those great Whitesnake cock rock lyrics and it has a superb guitar solo. It is everything you want in a Whitesnake song.  This gives me hope for this new writing team.

I do admit, that is nice to get a live set from Whitesnake on CD that is a full set list on 2 CDs, but why they couldn’t put in an order that felt like a single show is beyond me.  If you want to hear a full show, watch the DVD from earlier in the year ‘Live…In the Still of the Night’.  This is still a great set even with all it faults and if you want a CD only, then do get this one.  I was harsh on it because I know what I enjoy and want and this wasn’t exactly it.  I really dug having the new songs which were really only 1/2 good.  All that being said, I am only giving this a 3.0 out of 5.0 Stars for all the reasons I have stated throughout the review.  Still a must for the completist in you though, but not one I will pull out time and time again.

Up next…Whitesnake – Good To Be Bad