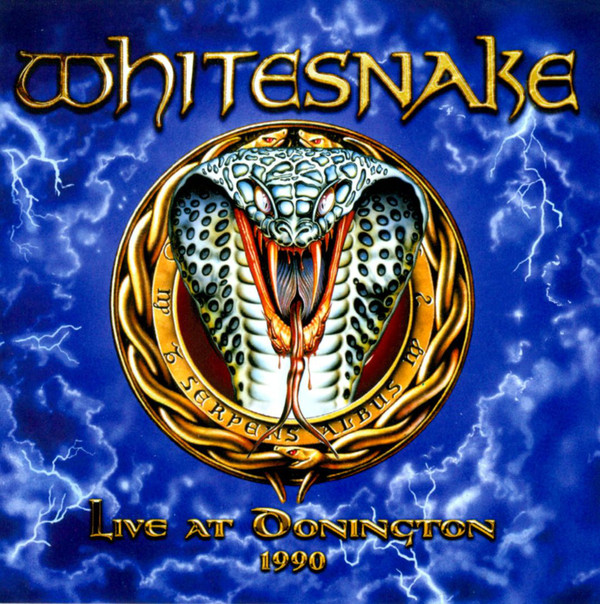 We are now in the year 2011 with Whitesnake and with that being said, let’s release a live album from 1990.  Sure, why not. David seems to be out of ideas as this is the third live album in 5 years and in another 2 years, he will release 2 more.  I have to admit, I am starting to get live album burnout.  But since this is a 1990 Live album and I haven’t reviewed a live album from this line-up, it makes the cut.

The show is from Donington Park on August 8th, 1990 at the Monsters of Rock Festival.  It is the final show in the ‘Liqour and Poker Tour’ in support of the ‘Slip of the Tongue’ album.  This show was also released on the ‘Slip of the Tongue’ 30th Anniversary Super Deluxe Edition box set.  The CD is not the full show as it leaves out the solos, but the DVD has the full show on it.  So, I would recommend getting that deluxe edition because you get this show plus a whole lot more.

The band is headlining the festival, for the second time I believe.  The line-up of the band is pretty impressive… 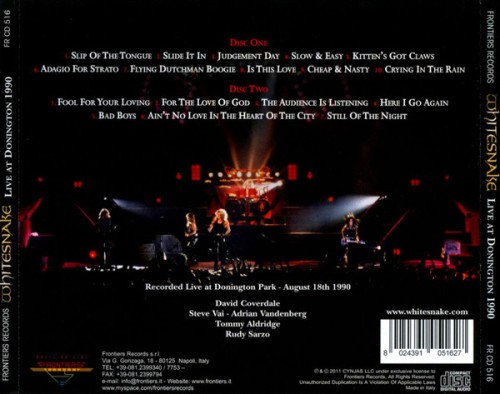 The show is a full set even for a festival. They play 17 songs and this being 1990, there are no early Deep Purple songs as David refused to play them back then.  And if you want early Whitesnake, you only get “Ain’t No Love in the Heart of the City’ from the Snakebite EP (and is probably my favorite song of this show) and that is all.  The songs are from the 3 big albums in the 80’s – Slide it In, 1987 and Slip of the Tongue.

Let us talk a little bit about the show.  First and most important, David does introduce some songs with his little catchphrase, “Here’s a Song For You!!” as he does on EVERY live album they have released…and I mean every and multiple times per show.  At this point, I laugh every time I hear it.  It actually should become a drinking game.  “Here’s A Song For You”…drink…”Here’s a Song For You”….drink…get drunk…too drunk to drive home…call an Uber…get robbed and beaten and your wallet stolen by the driver…tossed out of the car while he drives by your house while car still moving.  Sounds like fun. 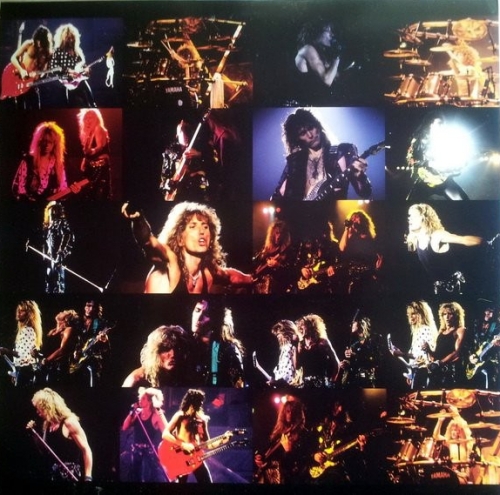 Back to the show, the show, as I said, is the last of the tour.  And as a result, David’s voice is a little rough and I don’t think they did any touchup on it as it is a little strained.  The band is actually a little sloppy at time, notes are missed, mistakes are made…but all-in-all, it is still a good show.

One thing I find humorous about the show is how David keeps mentioning to the audience, what does the BBC now want you to say and the crowd screams back some naughty cures words.  He does this several times.  Then he points out on numerous occasions that Steve Vai isn’t going anywhere as I guess the rumors were abound that he was leaving the band. The humor in this statement of Vai not going anywhere is that shortly after the tour ended, David folded Whitesnake.  It was no more.  He called it quits and everyone was let go.  At least until 1994/1995 when Whitesnake released a Greatest Hits album and did a small European tour with Warren DeMartini on guitar.  I guess Vai did leave after all. 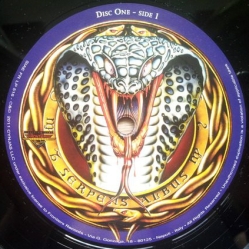 The show had three solos like every good show should (okay, maybe that is too many).  First up was Adrian Vandenberg who actually played a couple of his songs including “Adagio for Strato” and “Flying Dutchman Boogie”.  And he was wonderful.  Next up was Tommy Aldridge and the drum solo pops up in the middle of “Crying in the Rain” as usual.  And as far as if it being good or not, well, it’s Tommy…of course it is.  He’s a beast!!  And the third solo was for Steve Vai (with lots of echo). Steve solos a little before going in to “For the Love of God” and “The Audience is Listening” off his then new album “Passion & Warfare”.  It was pretty dang good…not great…but good as it was a little all over the place at times.

And that is pretty much the highlights.  No, I’m not going through the songs as they are the hits, you know the songs and they don’t do anything to them that makes them worth mentioning.  It is the other parts of the show that interest me at this point.  And after all that, I was blown away by the show.  It is a nice one to have as it is a full show and it is Vai on guitar, but that is really it.  Maybe it is the burnout on Live shows or maybe not, but I am only going to give it a 2.5 out 5.0 Stars.  The setlist is too bland…you need more early Snake and even some Purple; the band is a little sloppy and I didn’t want to hit repeat when it was over.  I also like something that highlights the history of Whitesnake.  But maybe that is just me.

Now, talking about Live burnout.  The next two albums the band releases in 2013 are 2 live albums….Made in Japan and Made in Britain/The World Record (which is actually 2 live albums in one).  And since they are basically, Reb Beach and Doug Aldrich on guitar like the earlier ones I reviewed, I’m inclined to skip these for now.  Maybe someday I will come back to them…maybe not.  Oh yeah…they also released another live album in 2014 called ‘Live in ’84: Back to the Bone’ which was a DVD/CD combo and you can get on the ‘Slide It In’ Super Deluxe Edition Box Set’ and I am going to skip this one as well for now.

Up next…Whitesnake – The Purple Album