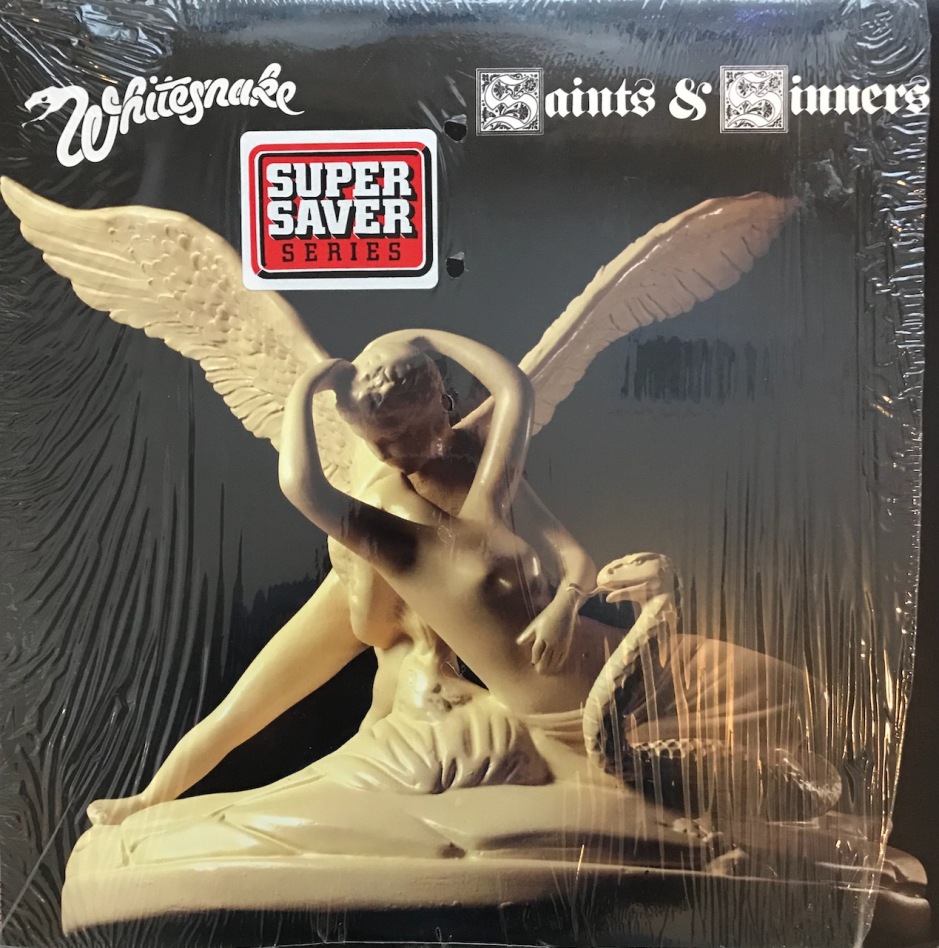 After the album ‘Come an’ Get It’, the band was starting to crack.  Issues were developing, tensions were rising.  They started to work on the album during 1981, but it wasn’t a smooth ride.  In December 1981, Micky Moody left the band.  Then in early 1982, David Coverdale put the band on the back burner and took some time off to be with his daughter who had become ill.

The sick daughter wasn’t the only reason Coverdale put things on hold.  The band was having financial troubles and he couldn’t understand where the money was going.  During the hiatus, he parted with his management and Coverdale started to handle the business side of things.  Also during this time, three other members left the band (or were fired). They would be Ian Paice, Bernie Marsden and Neil Murray.  Jon Lord was the only one to stay in the band with David. And of course Martin Birch still produced. He hadn’t left yet either.

As a result, David needed a new band.  Not to finish the album because it was basically done, but to tour with.  David found guitarist Mel Galley from Trapeze and Cozy Powell on drums from Rainbow and lastly, Colin Hodgkinson on bass.  The band was complete.  However, the album still had some backing vocals needed so Micky came back briefly to finish the backing vocals along with Galley.  Galley is the only new player to appear on the album.

The album had moderate success and reached #9 on the UK Charts, but still no real success in the U.S.  That was to come soon enough.

Enough about the history on the album, let’s get to the songs…

“Young Blood” brilliantly opens with a hard driving song with a fantastic Ian Paice drum beat and some awesome guitar slinging by Marsden and Moody.  David struts his vocals and the album is off to a heck of a start!!

And nothing slows down with “Rough an’ Ready” as David comes out with a confidence and swagger that we know and love.  The bluesy guitar work and has a sort of Purple feel thanks to Lord’s keyboard fills and Paice’s drum fills.  It is a solid track that shows the band is here to take no prisoners with this album.

The tempo picks up even more with “Blood Luxury” in what comes across as a bar-filled rock song with an almost honky-tonk feel.  You could almost two-step with the best of them on this one.  The breakneck speed in both tempo and Coverdale’s vocals, you barely have time to catch your breath which is a good thing in this case.  This was the third single off the album, but sadly only in Japan.  Too bad everyone else missed out on this jam.

“Victim of Love” is another blues track with David front and center.  This almost sounds like it could have fit nicely on their next album “Slide it In” with tone and sonics.  The music though is a little muted as David is really the showcase and the guitar solo is a little too short.  It isn’t the best song on the album, but it isn’t the worst either…kinda lies somewhere in the middle.

And now we get a classic Whitesnake song…although the real classic version didn’t come out until the re-recording of the song for the ‘1987’ album.  “Crying in the Rain” gets its first appearance here.  This version isn’t as bombastic as the future one, but it is a little slower, a little dirtier and darker. And of course there is a killer guitar solo.  All the elements are here of greatness and I have to say I find this version to be fascinating.  It is a little more simple and very effective.

Side 2 kicks off with another early version of a Whitesnake classic.  “Here I Go Again” is up in all its original glory. Again, this isn’t the song you know from the ‘1987’ album, this is another beast of its own.  One of the big differences is no synthesizers on this one.  It is Jon Lord’s organ instead.  It kicks it off and gives it an almost church-like feel to it.  It kicks in full force and doesn’t quite meet the energy of the latter version, but has its own feel and groove.  Another big difference is the line “like a hobo, I was born to walk alone”.  In the latter version, that “hobo” becomes a “drifter” and I have to say “drifter” sounds so much better.  The hobo part is this song’s only fault.  Again, this is not as bombastic as the re-recorded version, but doesn’t need to be.

“Love An’ Affection” is up next and gives us a bluesy little track. It is a little clunky of a song and nothing about it really takes off to make it stand out.  A little bland with the exception of a short solo by Jon Lord.

Not to different from the previous song “Rock An’ Roll Angels” treads along the same path.  The song is a little looser and a little more upbeat and fun, but starting to feel like filler and not enough killer in it to make it stand out.

“Dancing Girls” picks it back up and saves this side for me.  More fun than the previous two tracks and David sounds like he is having fun again. Listen to Jon Lord on this one, he is killing it and gets a stellar solo as well.  David though slays as well. I love the chorus and how they chop it up and it makes it catchy and engaging.

The album ends with what might be the best song on the album, the title track “Saints An’ Sinners”.  It is all funked up and sounds like Glenn Hughes came back for this one, but he didn’t. I love the funk riff and the pacing of the song.  The band got their balls back with this one and David is in his comfort zone vocally as he gets a little grittier.  A good way to close out the album.

The track score is pretty solid at 7.5 out of 10 songs for a score of 75%.  Only a couple of songs I would totally skip over, but the rest are pretty solid.  So much so that overall the album gets a 4.25 out 5.0 Stars. A strong performance and some memorable, classic Whitesnake tracks.  The first side of the album is top-notch and the second side has 3 stellar song that push this over the top.  Even though the band was falling apart, I feel they still captured a little magic on the album. One of my favorites so far…not the best, but it is pretty high on the list.  Let me know what you think of this one and I can’t wait for the next one on the list.

Up next…Whitesnake – ‘Slide It In’.