Welcome back to the Gene Simmons The Vault review.  We are starting with Disk 1, naturally, and I will try and keep some consistency between each disk.  I will go through each song and mention who wrote, who played on it and what I think about the song. I won’t go through all the stories as you should get the vault to get all the information.  I will grade each song (ranking 1 to 5, 5 being best) and then take an average of the grades for the score of the disk.  I know most of these are demos, so I won’t be taking quality of the sound in to play that much because I know what I am getting and I am more interested in the overall song.

The songs aren’t in chronological order.  Gene states they are more of a mood or vibe.  The first three or four discs appear to be pretty much the Rock selections and I am quite happy to start with those.

END_OF_DOCUMENT_TOKEN_TO_BE_REPLACED 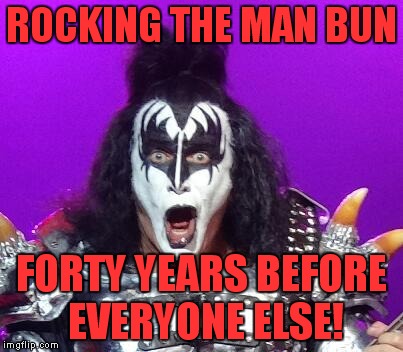 I know I poked fun at Gene last year, but with getting the Vault, I thought we should poke fun at Gene again as there a plenty of memes out there around the internet doing just that. So, why wait any longer…here we go… 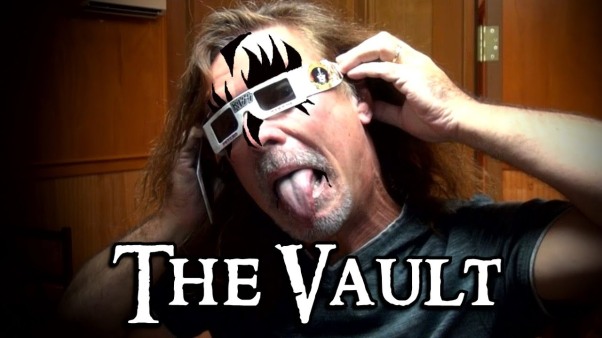 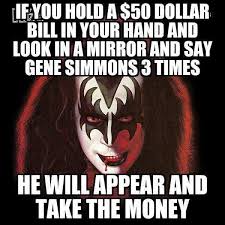 END_OF_DOCUMENT_TOKEN_TO_BE_REPLACED

After the album ‘Come an’ Get It’, the band was starting to crack.  Issues were developing, tensions were rising.  They started to work on the album during 1981, but it wasn’t a smooth ride.  In December 1981, Micky Moody left the band.  Then in early 1982, David Coverdale put the band on the back burner and took some time off to be with his daughter who had become ill.

The sick daughter wasn’t the only reason Coverdale put things on hold.  The band was having financial troubles and he couldn’t understand where the money was going.  During the hiatus, he parted with his management and Coverdale started to handle the business side of things.  Also during this time, three other members left the band (or were fired). They would be Ian Paice, Bernie Marsden and Neil Murray.  Jon Lord was the only one to stay in the band with David. And of course Martin Birch still produced. He hadn’t left yet either.

As a result, David needed a new band.  Not to finish the album because it was basically done, but to tour with.  David found guitarist Mel Galley from Trapeze and Cozy Powell on drums from Rainbow and lastly, Colin Hodgkinson on bass.  The band was complete.  However, the album still had some backing vocals needed so Micky came back briefly to finish the backing vocals along with Galley.  Galley is the only new player to appear on the album.

END_OF_DOCUMENT_TOKEN_TO_BE_REPLACED

With Motley Crue back in the news and announcing a return to touring with Def Leppard, Poison and Joan Jett & the Blackhearts, I thought it perfect time to discuss this really cool 12″ Picture Disc I recently found of the band’s cover of the Beatles classic “Helter Skelter”.  It is a thing of beauty.  It is a promotional copy and it was in mint condition. 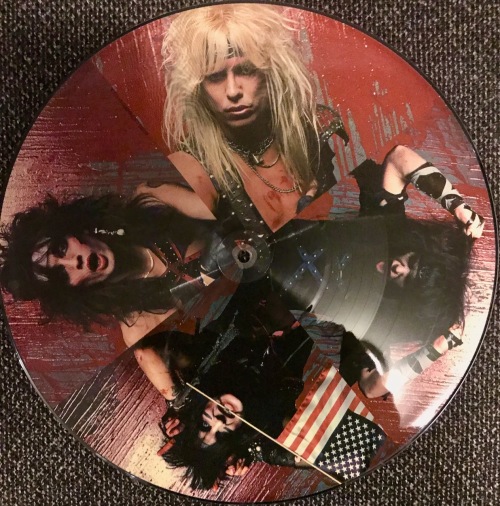 Stunning pictures on both side.  You also get an insert with the lyrics on one side showing a refrigerator with bloody handprints on it…

END_OF_DOCUMENT_TOKEN_TO_BE_REPLACED

I have actually been wanting this since the day it was announced back at the end of 2017 or early 2018, I can’t remember.  However, at the time, the price was the hinderance.  Then at the beginning of 2019, they offered a less pricey Vault that didn’t include the Gene Simmons Vault Experience.  You only received The Vault.  Still, I didn’t pull the trigger.  I always thought, if it ever a hit a certain price, I would pull the trigger.  Lo and behold almost two years later, there was Black Friday Sale and it hit that price. It didn’t take much convincing then, I pulled the trigger!  Bang!!

And to make it even better, 2 days before Christmas it arrived!!  And if you didn’t know, my birthday is Christmas…so it was a Big Early Present to myself!!  My kids poked fun at me because I have been chomping at the bit for it to arrive.  Two weeks after ordering, I had heard nothing, not a word.  I emailed the company and asked if I would get a tracking number and they replied back pretty quick with a tracking number.  The item shipped 4 days earlier and I didn’t know.  I checked that tracking often, to an obsessive level as I wanted my Vault.  I guess they weren’t going to send it until I said something. I am glad I got, because it did calm me down…a little.

On day of arrival, I received box 2 of 2 first.  A smaller box that I figured contained the contents of the vault, but it only contained the book and the CDs which if I am going to get a box early, at least it was that box. And if I didn’t have that tracking number I would have freaked not knowing it was shipped in two boxes.  I would have also been freaked if I received the Vault first with no book or CDs inside!!  Tracking number told me that so it wasn’t unexpected.  About 4 hours later, I received The Vault itself.  In a massive box inside another box…

END_OF_DOCUMENT_TOKEN_TO_BE_REPLACED

First off, December is a little light compared to the last two months of purchases  December was a more normal month of purchases mainly because it is the month for Christmas and my Birthday.  For that reason, I have to leave things for people to buy for me as gifts.

The month started out actually on Black Friday and yes, I know that is November. The problem is I couldn’t get these purchases into last months post due to timing issues and Thanksgiving and all.  I am sure you won’t mind.

Record Store Black Friday was on November 29th and I got up bright and early to pick up are few things and I got exactly what I was going for and nothing more…I stuck to the plan for once.

First up is the RSD Exclusive Release of Pearl Jam’s MTV Unplugged and you saw that one already at THIS POST!!!!

END_OF_DOCUMENT_TOKEN_TO_BE_REPLACED

For My Sunday Song #175, we are discussing the song “Contagious” off Collective Soul’s 2015 album ‘See What You Started by Continuing’.  The song was the fourth single off the album, but I don’t believe it charted anywhere.

After doing a slow Collective Song last week, I felt we needed a swift kick in the ass and this song does that.  The song grabs me because of one thing.  The guitar!  This is a heavy, hard-driving, guitar screaming guitar song.  The quick tempo, the killer riff that sounds like Collective Soul.  Jesse Triplett and Dean Roland’s guitar work is spectacular.  It has all the energy, the sonics, the vibes that scream Collective Soul. This might be one of the funnest songs they have done in years.

I have to talk about the song’s lyrics as well and this one is quite simple, not like some of their songs.  It is about a long love. I love that has been through a lot and come out the other side still together.  I love the opening line…’Together here we stand / Covered in our rust”.  That shouts a long relationship with that one word…”rust”.  It hasn’t been an easy ride as no relationship ever is.  They have had their struggles, but all is okay. 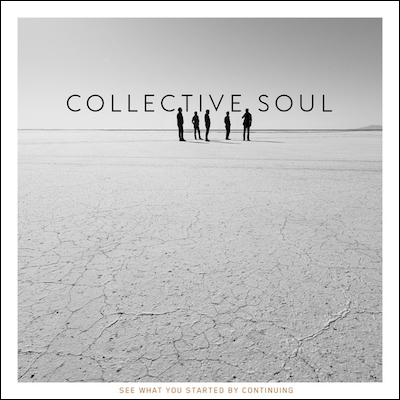