For My Sunday Song #201, we are kicking off the next set of 10 songs with this batch from Whitesnake to celebrate as I am coming to the end of my David Coverdale Review Series which started back last August.  To kick it off we are going all the way back to the first release of the band on the album ‘Snakebite’ with the song “Ain’t No Love In The Heart Of The City”.

One of the first songs Whitesnake did was actually a cover song.  It was a cover of Bobby Bland’s “Ain’t No Love in the Heart of the City” written by Michael Price and Dan Wise.  The song is now a signature Whitesnake classic as they are still known to pull this one out and play it live all thanks to the live version from ‘Live…in the Heart of the City’, but this is about the studio version recorded a few years earlier.  Before Whitesnake became this hair metal giant, they were more a rock & soul band that loved the blues.  This was a shining example of that passion.

This love song is down and dirty, a blues infused rock song slowed down into a beautiful ballad full of soul.  Between Micky Moody’s hook that is filled with sorrow and along with a little funk filled groove from Bernie Marsden’s guitar and Neil Murray’s bass you are treated to what made early Whitesnake so magical.   Oh, and the solo…wow!  It fit the song so well and pulled out even more emotion if that was even possible.  Now, let’s not forget David Coverdale’s vocals as the tone he is able to pull out as he sings is so well suited for some soulful blues. There is just enough character and maturity to grasp the emotional feel of the song and give you everything the song needs. 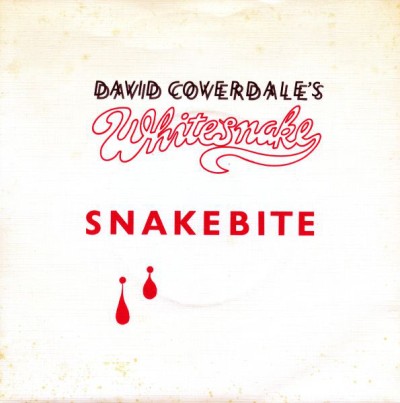 END_OF_DOCUMENT_TOKEN_TO_BE_REPLACED

Towards the end of 1980, Whitesnake released their first live album called ‘Live…in the Heart of the City’.  It was released on November 3rd, 1980 and was originally released as a double LP with 2 different shows. The first being from June 1980 at the Hammersmith Odeon in London and the second show as from November 23rd, 1978  at the same place.  This review, however, is only on the LP version that I have which is only a single LP version with only the 1980 Hammersmith show and missing one song the original had (“Ready an’ Willing”).

The tour recorded for this one is the ‘Ready ‘n’ Willing’ Tour that features new drummer, former Deep Purple master Ian Paice.  And it caught the band at a time when they were starting to finally come into their own.  The track list of the single LP is as follows:

It is short at only 7 songs, but one is 11 minutes long and 2 are over 6 minutes each and all a blast.

Side one opens with the screamer “Come On” from the ‘Snakebite’ E.P. and what a fantastic way to open the show. A high energy romp that gets everyone on their feet and in to the groove of what is to come.  The band is on fire and David sounds in top form. The band glides effortlessly in to “Sweet Talker” from ‘Ready an’ Willing’ with loads of Micky Moody’s slide guitar and let me tell you the guitars on here are killer.  The tempo of the song is ramped up to 10 and the fly through this one at warp speed.  And don’t forget the Jon Lord keyboard solo in this one that goes right in to Micky’s guitar solo…hell yeah baby!  Keep it coming!

The band goes in to two straight ‘Lovehunter’ songs starting with the blues song “Walking in the Shadow of the Blues”.  Bernie Marsden takes over the lead on the guitar work in this one accompanied by the great Lord on keyboards.  Ian supplying just the right amount of drum fills and as he Neil Murray on bass lay down that all essential groove.  But it is the song “Love Hunter” that is the showcase on this side.  At 11 minutes, including a Micky Moody showcase of his slide guitar work, the live version takes the song in to so many different directions and is what I love about live shows.  David singing here is great as well as he isn’t trying to over sing it and he has seem to found his comfort zone.

“Aint’ No Love in the Heart of the City” opens up Side Two and gives us the name to the album.  It is a bluesy track that keeps a slow groove and let me tell you that the guitar work Moody does is sensational.  The crowd takes over with Murray’s bass thumping away in the background along with Paice keeping time.

And then we get David’s favorite concert saying “Here’s a Song for You” as he does it a lot.  They go in to the classic “Fool For Your Loving” from ‘Ready an’ Willing’.  The song is a little punchier then the album version, it actually reminds me a little more of what was to come with the song in the late 80’s and I am okay with that.  It is a rocking good song.

The last song is the only song from the album ‘Trouble’, “Take Me With You”.  The band is amped up on something as they speed this one up to an exhausting tempo that would leave a lesser band spent.  They feed off the energy and everyone gets a moment to shine with Jon Lord’s blistering keyboard solo, Bernie’s raging guitar solo, a little of Murray’s bass, and Moody blasting through some riffs.  David and company brought all home on this one.

And that is the album.  It is a great live set that I thoroughly enjoyed.  Short and sweet and captures some great moments.  The band was really cooking at this time and they boiled over some fine work with this release.  The first of many live albums to come with Whitesnake and this one started it off right. I will give it a 4.0 out of 5.0 Stars mainly for not giving me the whole show.  This one is a must grab if you find it out in the wild.  Don’t let it slip past you.

After David Coverdale finished recording his last solo album, ‘Northwinds’, he found that his touring band was already trying out new songs and ‘Northwinds’ hadn’t even come out yet.  The album finally came out in March of 1978, but by this time, David had already figured that his current touring line-up was already a band and needed to record its own album, which it did in March and April of 1978.  By June 1978, the band released a four song E.P. titled ‘Snakebite’. It was listed as David Coverdale’s Whitesnake and it was the start of something amazing.

By September 1978, the album was released as an 8 song double E.P..  That is the copy I have and I will be reviewing.  If I ever find an original ‘Snakebite’, you can bet your ass I will be grabbing it.

The 8 song double E.P. has the 4 original songs plus it steals 4 tracks from David’s last solo album ‘Northwinds’.  It took the 4 best and now we have a pretty smokin’ album.

Since this was now a band, let’s see who was in it at this time.

Yes, it is a quite a lethal combo on guitars with Micky Moody and Bernie Marsden.  That double guitar work is what makes Whitesnake so incredible.  This line-up changes again for the next album, but by only one person and that person makes a huge difference.  That is a little teaser on what is to come with the next review.

The insert I have for the vinyl sleeve is still in tact and has the lyrics to all the songs and writing credits.  And I think my album might have been a promo or on a cut-out sell as the bottom right corner has a nice slice out of it.

Okay, enough chit chat, let’s get to the heart of the matter…the music.

The first song is “Come On” written by David Coverdale and Bernie Marsden and right away you can hear how big the guitar sound is.  The song is a pure rock song with a great groove and a blistering solo.  A great opener and I love the fact that David has two Deep Purple references in the song…“Soldier of Fortune” and “Gypsy”.

Then we get into the Coverdale penned “Bloody Mary” which opens with a piano and Pete slamming the keys.  Jump up and dance and feel the music. It is pure joy and magic and two songs in and I am already loving every minute of it.

David goes back to his blues roots as he covers Bobby Bland’s “Ain’t No Love in the Heart of the City” written by Michael Price and Dan Wise.  This love song is down and dirty, a blues rock song slowed down into a beautiful ballad.  Oh, and the solo…wow!  It fit the song so well and pulled out even more emotion.  Not even an original, this song is a signature Whitesnake classic as they are still known to pull this one out and play it live.

The last song from the original E.P. is “Steal Away”.  The writing credits on this one are for everyone in the band which is nice to see.  The opening riff on the  slide guitar is nothing short of spectacular.  The song is gritty and a dirty and I love the blues rock feel.  David’s vocals are spot on and for me this is my highlight on the whole album.

Side two has 4 songs from ‘Northwinds’ as I mentioned earlier.  The first one up is “Keep on Giving Me Love”.  It has a funkalicious guitar riff by Moody that could have come from Glenn Hughes playbook.  “Keep on Giving Me Love” has a great groove and is a rocking opening track and excites me as what is to come.  Coverdale’s vocals have an edginess to it and Moody rips through a nice solo.

“Queen of Hearts” is full of pianos and there is a nice bass thump before the song slams into gear and really gets going.  A groovy and bluesy song that becomes a banging good time.

“Only My Soul” is a fantastic rock ballad with a great soulful feel to it in the guitars playing.  This has Whitesnake all over it.  Alan Spenner, on bass, lays down a nice groove with the keyboards playing along with it during the musical interlude before David comes back and brings it home.

The final track is the most rocking song, “Breakdown”.  It is pure Whitesnake.  Moody & Coverdale hit it out of the park with this one and they rock it out like nothing else. The song is about the downfall of Deep Purple. The 4 songs pulled off ‘Northwinds’ were the most rocking tracks and 3 of the 4 were written by Moody and Coverdale.  When he writes with the guitarists, we tend to get the most kick ass tracks.

Track score is easily a 100% with 8 out of 8 tracks being keepers.  As far as the albums overall score, I will break it down in to two scores.  As a 4 song E.P., this is easily a 5 out of 5 Stars as those 4 songs on Side One are spectacular.  What a slamming introduction to the band.  Now, as an 8 song double E.P., I will ding it a little as I think only two of the extra 4 songs are Whitesnake contenders and the other two are just good songs, but not necessarily Whitesnake material.  For that, I give the version I have a 4.5 out of 5.0 Stars which is still pretty freaking great!!  This is a an absolute must have for any Whitesnake fan.