1978 was a big year for Kiss. Not only were they working on their Solo albums, they were also making their first movie. Kiss Meets the Phantom of the Park was released on October 28, 1978. It was a made for TV movie in the U.S. if that tells you anything about it before we even start talking about it. I actually remember all the hype this was getting and for me it was Event TV. I was going to watch this when it came out and I actually did. I was just shy of 10 years old and I remember this vividly. I even had it on VHS when it was released (or my brother had it), but we don’t have it anymore.

I think there was a plot so I will see if I can piece it together for you. The movie takes place at Six Flags Magic Mountain in California and the Park is having some money troubles. The evil scientist man, Abner Devereaux played by Anthony Zerba, is spending too much on his robots. He is close to developing the most realistic robots ever, but before he can finish, he is fired. This sets him off to destroy the park and Kiss as they were there to perform 3 shows over the weekend. The funny thing is that after being fired, he wasn’t escorted out of the park like any normal firing. Stupid mistake on their part.

There is Sam and Melisse, two young kids in love. Sam works for Devereaux who takes Sam hostage using a micro chip in his neck to control him and basically turn him in to a human robot. All the while, Sam’s girlfriend, Melissa, is trying to find him. She meets Kiss and tries to get their help. Kiss is happy to oblige a pretty young lady and she was that. Kiss had special powers, they were superheroes basically. They had these Talisman that gave them their powers and Devereaux uses Sam to steal those Talisman.

Will Kiss beat the bad guy and save Sam? Will Kiss fight their own robotic selves and come out on top? Will the acting and story be so bad that it is laughable? The answer to all these 3 questions is a resounding…YES!! The synopsis of the plot is overly simplified just as much as the bad storyline itself.

Even Kiss knew this movie was bad. It was so bad, that when Peter talks, it is someone else’s voice as Peter wouldn’t do the overdubs or wasn’t available. Ace barely uttered a word as it was mostly “Acks” and had the nerve to complain about it later so a couple lines were inserted to make him happy. Ace had so many problems even showing up to the set. 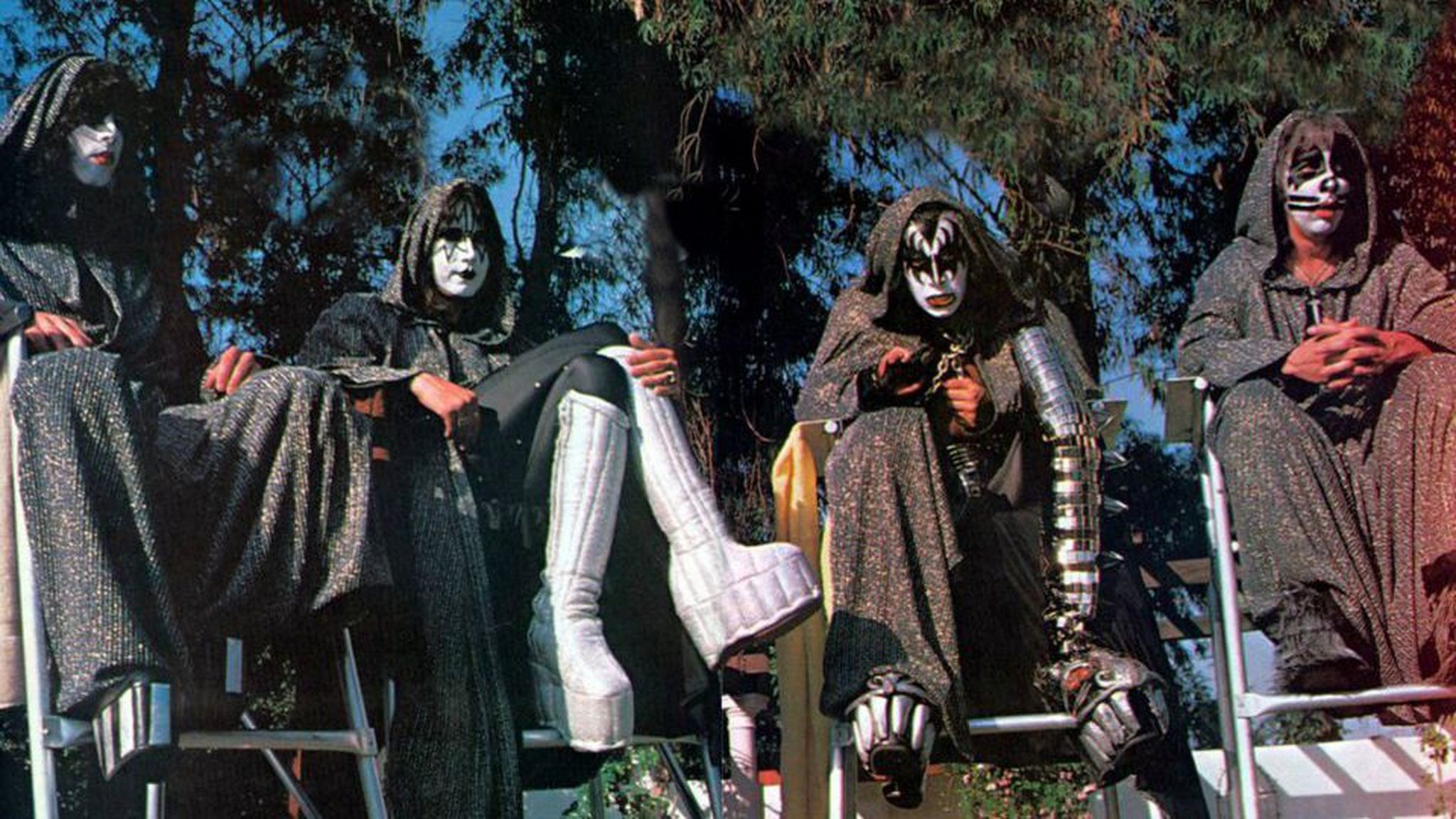 The budget was so low and the special effects were horrible, the dialogue, Gene’s atrocious growl and Paul’s face he made when the so called laser shot from his eye was down right pathetic. Hell, even Ace’s stunt double was not right as they used a black man who looked nothing like him and let me tell you it was so noticeable that it wasn’t Ace. Now the movie was produced by Joseph Barbera of the cartoon world and so the fight scenes even had the cartoon sound effects…Ugh!. The band hated it so much, their employees and road crew were never to mention the movie to them AT ALL!!

Seriously, this thing actually was made and released. I know I should go in to more detail on the cast and the plot, but do we really need to do that? I don’t think so. I don’t even think those actors keep this on their resume it is that bad.

One cool thing that came out of it was the Kiss Meets the Phantom magazine with tons of band pictures. My brother had this magazine and I remember it like it was yesterday. Sadly, we no longer have the magazine either, but if I did, I would’ve written a post on it long, long ago.

Now, you can’t get this on DVD, but if you get Kissology 2, you can get the European version called Attack of the Phantom which is actually a better cut of the film. You get rid of the corny cartoon music and Kiss songs were replaced in the fight scenes. The overall cut, is just plain better.

The only real highlight of the movie was we actually got to see Kiss and hear their music and it was all front and center on national television. Which was also its downfall as this train wreck was on National Television. The Kiss juggernaut was coming undone. How bad was this movie, I would rate it around a 1.0 out of 5.0 Stars. Yes, it is that bad. I actually watched it again for this review, but I did choose the European version and I ended up still falling asleep watching it.