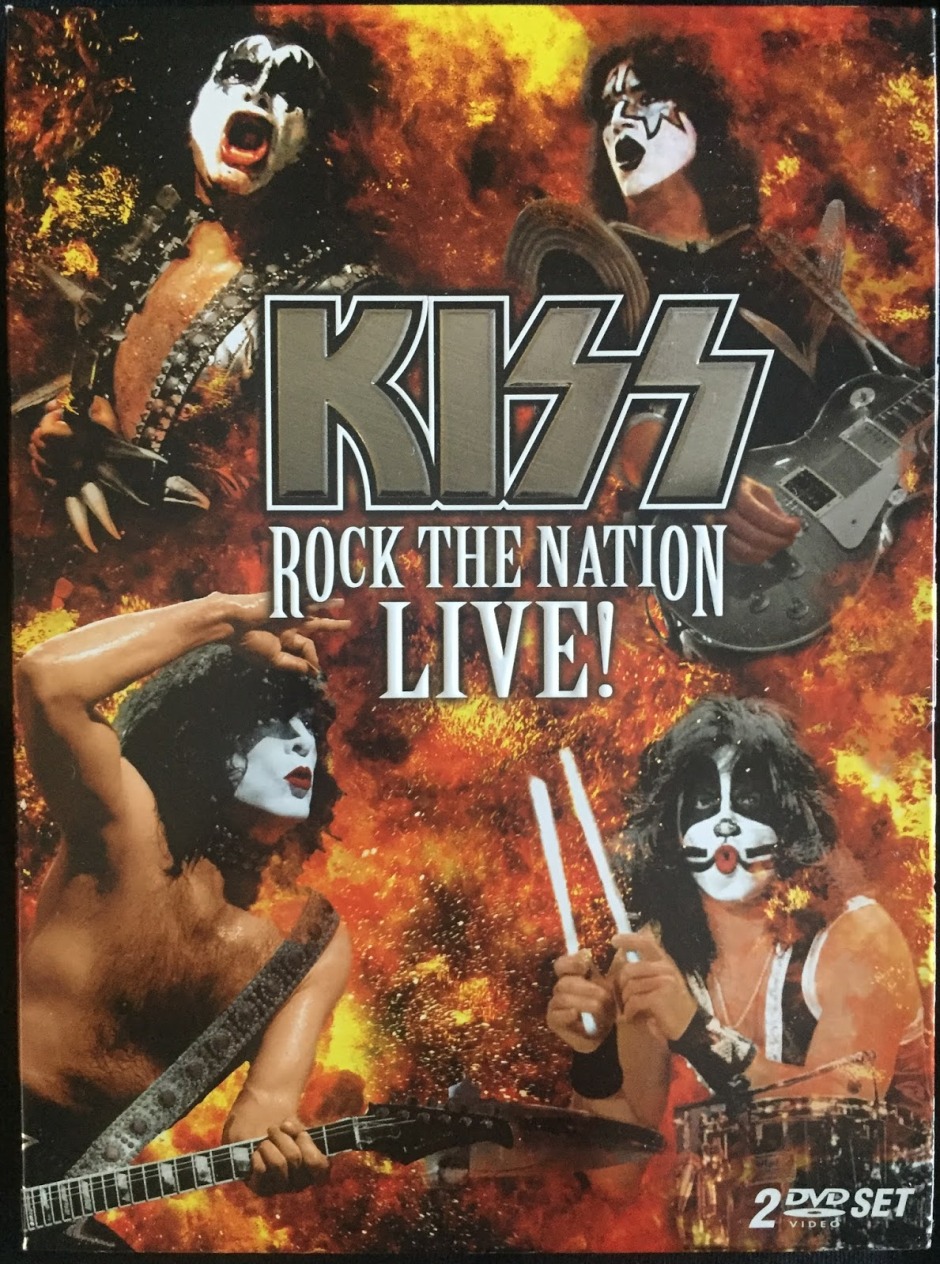 When that tour ended, Kiss decided to do another tour in 2004 called the Rock The Nation Tour. This time around, Kiss was the main headliner and the opening acts were Poison and Z02. Before the tour started, Peter Criss’ contract with the band had expired. According to Peter, no one contacted him about signing back up with the band for the next tour. Now, Peter was gone, yet again. Kiss was back down to just Gene Simmons and Paul Stanley with the hired guns of Eric Singer on drums and Tommy Thayer on guitar. This is the line-up that would stay in existence for the remainder of the Kisstory. The Rock The Nation Tour, was the start of a new era of Kiss. One where people either still loved the band and didn’t care who was in it or a group that hated Tommy for being in the band and wearing Ace’s make-up. Sorry folks, but so what. Tommy was hired to do a job and Tommy does that job very well. No one seemed to care too much that Eric was in the band and wearing Peter’s make-up and maybe that was because Eric had already been a big part of Kisstory before and he had earned his cat whiskers.

Now the above story is extremely brief and very diluted so forgive me as we are really here to review the next Kiss product in the Kiss Review Series and that is the DVD called ‘Rock The Nation Live!’ which came out on December 13, 2005. This release is a time capsule of the 2004 Rock The Nation World Tour where the band recorded footage from two concerts, performed in Washington, DC, and Virginia Beach, VA, on July 24 and 25, 2004. You can see the setlist in the picture above and it is a pretty solid set list. Having Eric and Tommy in the band who are both massive fans of the band to begin with got Kiss to play some songs that haven’t been done in years such as “Got to Choose, “Lover Her All I Can”, “Parasite”, “Christine Sixteen” and “Makin’ Love”. For me, these were definitely the highlights of the show due to their scarcity in other live shows released. What was also cool is that the setlist was rather varied, with some early 70’s deep cuts to a couple solid 80’s tracks to even “Unholy” and “God Gave Rock & Roll To You II” which is one the have the music to the song playing as you exit shows today…here they actually performed it. I think the band is tight, they are having a really good time on stage and it shows. The performance is really strong and Paul Stanley’s vocals are in top notch form. His vocals aren’t trashed as they are today.

The DVD package comes with 2 DVDs as the show is long at around 19 songs. The DVD also includes several behind the scene moments including footage of the band joking around in the dressing rooms putting on make-up, a photo shoot of the band, the meet & greets with some fans talking about their experience as well, the soundchecks of the shows where the band started horsing around and trying to play some rare, obscure stuff (including songs from The Elder), cuts from the Theatre shows they did and some footage of the band on the road. All these are short little clips are great, but my only problem with them and a big problem is that they are sliced and diced in between songs during the show. I HATE THAT!! It takes away from the flow of the show and takes away from the show experience. These should be bonus pieces that you can watch separately and not interrupt the show. An interesting fact about the documentary footage is that it was produced by Tommy Thayer as he has produced a lot of the Kiss videos over the years.

One cool feature of the DVD will be the inclusion of the new KISS POWERVISION!! What is Kiss Powervision? During the show, there are about 7 songs where you can actually select the camera angle you want. You can watch the song as originally cut for the DVD or you can select to watch that song from your favorite Kiss member, whether it be Gene, Paul, Eric or Tommy. When you select on the member, the camera will stay on that member during the whole concert. I think it is a cool idea, but do you really want the camera to be on one guy the whole song? You will miss the visual spectacle going on all over the stage, but maybe cool to do once or twice.

And there you have it. I do think this is a very good video with the best moments from the two shows recorded. The band sounds fantastic and seems to be strong and tight. Eric’s a great drummer and he is pounding away at those drums and despite your misgivings about Tommy, he is an excellent guitar player and he is playing the Ace parts perfectly. Just listen to “Parasite” and you will see the band killing it. My biggest complaint is the start and stop of the show to watch the behind the scene footage as it completely takes you out of the concert mode and disrupts the flow. Don’t disrupt my flow!!! The Kiss Powervision is a cool trick and I give the band credit for thinking outside the box with that one. Overall, I am going to give it a 4.0 out of 5.0 Stars as I enjoyed this a lot. I could see myself watching this one again.