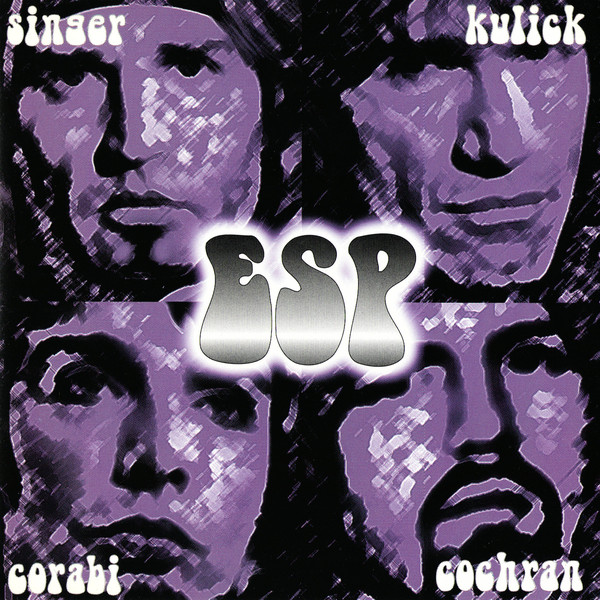 It is time for us to do our shout-out to Eric Singer and one of his projects. Before Kiss, Eric had played with Black Sabbath and he even had his own band Badlands that released a stellar release in 1989. Then he joined Kiss with the Revenge album and stayed with the band up until the reunion tour in 1996. He would later play with numerous artist, but most notably the great Alice Cooper. However, I wanted to highlight one with a big Kiss connection because that is what I like to do. His side project the Eric Singer Project was a supergroup that had Eric on drums and vocals, Chuck Garric on bass and vocals, John Corabi and guitar, bass and vocals and the big Kiss connection is who was also in the band. It was Eric’s former Kiss co-hort, Bruce Kulick on guitar.

The band was a side group that played covers. They played some live shows and put out an album called ‘ESP’…Eric Singer Project. The one I see most Kiss collectors trying to grab up is this album so I figured this is the perfect album to do for Eric. I know, I probably should’ve done Badlands since this is all covers, but this had too big a Kiss connection to pass up. Plus, I love Corabi so it was a chance for me to hear him as well even if he isn’t singing all the time.

The track listing is pretty good with some not so common covers and there are a few that a typical cover songs. Here are the songs and the original band…

As you can see from that list, they stuck with the classic rock era of the 70’s but there are some really cool tracks. They even tackle a Kiss song (rather un-original even if it isn’t one they wrote or recorded). The vocals are shared by John and Eric and they both do a bang up job. The band doesn’t really bring anything new and exciting to the songs. They play them relative straight-forward and do an honest, spectacular job on these renditions. I am sure there is probably an even better energy if this was live so it would be cool to see this powerhouse play live.

I am not going to go song by song because you know all the songs. I am not going to focus on the negative either as whats the point really with this type of release. No point in talking about songs like Foxy Lady or Changes because how do you touch Jimi and “Free Ride” is well, “Free Ride” and they cover it well enough. The Kiss song is a little uninspiring, but there are some real highlights here.

I do enjoy the opening track of “Teenage Nervous Breakdown” as it is a fun song to begin with and they don’t disappoint. “Still Alive & Well” has some great blues guitar riffs and they really tear this one up. I also ended up thinking “Set Me Free” was done quite well with Eric on vocals. He isn’t the strongest vocalists, but he holds his own and does a have a nice rock edge to his vocals. The guitar slinging on this one is what I really love as well. The album also ends well with a cool version of “Twenty Flight Rock” and then when the rip in to the guitar riffs of “Won’t Be Fooled Again” you are taken back to The Who’s version and I have to say they hold their own with this one as well. It was really killer, but it is a killer song to begin with.

And that is really all there is to talk about. It is a covers album so what more do you want. I do love the fact it is Eric and Bruce together again and I do like Corabi so it is a cool group of guys, but the album is so-so at best. It doesn’t make me want to hear it over and over again, instead it does make me want to go back and revisit the originals so then it isn’t all bad. If I have to score it, I will go the 50-50 route and give it a 2.5 out of 5.0 Stars. I would’ve liked something original from these guys and they are all uber talented so it could’ve been great instead of…well…this.